Here are photos of our summer jaunt to India.... a place rich in history, culture, architecture and cuisine.
Below the photos is a list of Indian cookbooks that teach me and fascinate me. 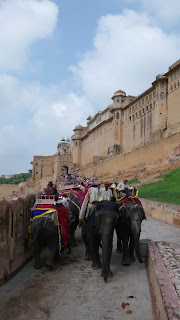 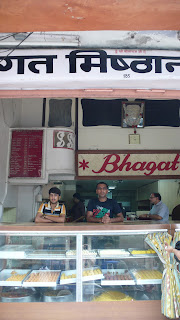 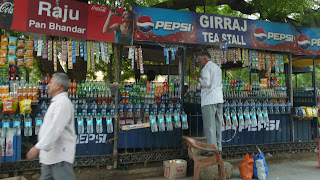 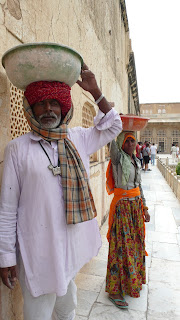 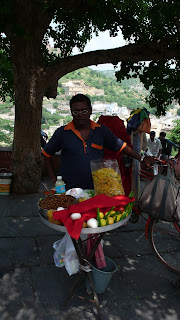 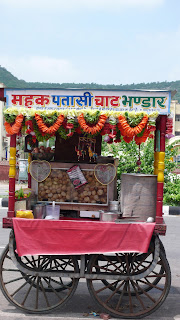 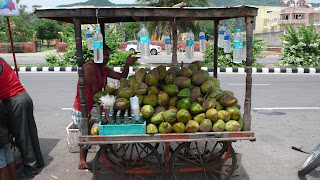 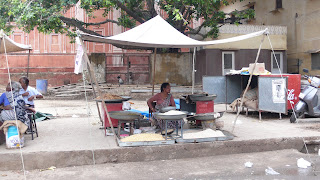 Cookbooks:
Kerala Cookery by K.M. Matthew
A classic compilation of Keralan cuisine which frequently features coconut and seafood.   K.M. Mathew is a legend in this southern region of India and is related to a good friend of mine.

Madhur Jaffrey's Indian Cooking
Possibly the most familiar name associated with authentic Indian cooking, this book was highly recommended to me by my Indian friends in business school.

Cooking Delights of The Maharajas by Digvijaya Singh
A former co-worker who is descended from one of the royal maharaja families in Rajasthan would proudly cook dishes for us from this "food bible" among Indian aristocrats.

The Raj Cookbook, A Complete Lifestyle Album
A fascinating account of how the British lived during the Raj.  Recipes include mulligatawny soup.  There are menus to illustrate daily meals for the expats.

Gourmet's Gateway by Rajmata Gayatri Devi of Jaipur
Another royal cookbook from the late and most glamorous Maharani of Jaipur.

The Emperor's Table by Salma Husain
Winner of "Best in the World" Gourmand Cookbook Award, this book gives an account of culinary history during the Mughal period.

Royal Cuisine of Rajasthan by Dharmendra Kanwar
Yet another look at the Northern cuisine from Rajasthan.

The Great Curries of India by Camellia Panjabi
A good orientation of the different curries and where they originate from various regions in India.  Written by the Marketing director of the Taj Hotels Group.

Street Food of India by Sephi Bergerson
Pictures paint a thousand words and bring home nostalgia for my Indian friends who now live outside of the subcontinent.

Indian Heritage Cooking by Sanmugam and Kasinathan
A Singapore cookbook that traces the history and influences of Singapore's Indian cuisine.  I gave a copy to my friends in Delhi and they appreciated the insightful information.

My Bombay Kitchen by Niloufer Ichaporia King
Cookbooks about tight knit communities speak directly to me, given my Peranakan heritage.  This is one of them - about Parsi home cooking in Bombay.

Indian Cooking by Pushpesh Pant
Proudly declaring a weight of 1.5Kg and 1000 recipes, this brick-like Phaidon publication will be a fun but serious gift for anyone who loves Indian food.
at November 12, 2012