My mother did not know how to bring me to museums.  The only one that probably existed in her time was the National Museum and it featured more taxidermy and animal skeletons than anything else.  But inadvertently, by taking 9 year-old me on her shopping escapades to Arab Street jewelers (up creaky wooden flights of stairs), riding in the bek chia trishaw to buy swaths of fabric in Katong, or visiting her relatives in dilapidated seaside bungalows - she instilled in me, for the rest of my life, visual images of a bygone era.

My kids are more fortunate.  We now live in a smaller world aided by jets and international friends.
Summer camps in NY cost anywhere from $800 to $1500 per week per child.  I did the math and felt that as a stay-at-home mom, the cost was not justified, especially for the camps that require a four to six week commitment.  Besides, I wanted a piece of the action.  So we devised 'Camp Sharon' where the kids and I explored new museums and new locations.  This year, we went global.   I've culled the highlights of our excursions this summer: 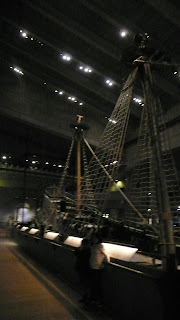 Stockholm: Vasa Museet
An enormous royal warship named 'Vasa' sank in 1628 on its maiden voyage, just as it was exiting the Stockholm harbor.  It was the Titanic of its time.  The ship was salvaged in the 1960s and is now housed in a museum built around this gigantic wreck.  The kids loved the interactive screens that enable them to theorize on why the ship sank - too narrow hull?  too much stuff? 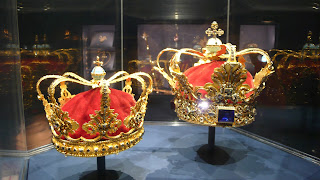 Copenhagen: Rosenborg Castle
Up close and personal with the Danish Crown Jewels and a tour of the compact but ornate palace above grounds. Surrounded by a pretty park for a perfect picnic under the trees. 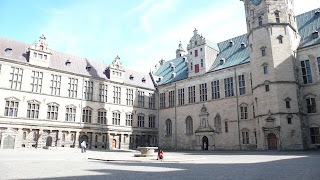 After several mentions of the longstanding war between Sweden and Denmark, everything comes together when you experience this massive, cold and lonely fort across the straits from Sweden, home of the reluctant prince of Denmark - Hamlet.

Salzburg: Tour of 'The Sound of Music' 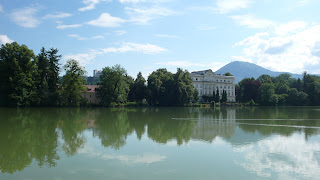 I debated whether to do a personalized and private tour.  But the sing-a-long on the group tour bus (to several favorites from the movie) brought back a flashback of my mother standing at the house gate, waiting to take me to the movie right after school.  We discovered that several venues made up the scenes and one of the most interesting was the gated cemetery at St. Peter's which inspired the Hollywood set for the movie's climactic scene as the family hid in the convent. 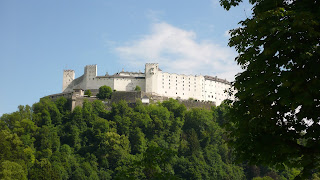 The fortress on top of the hill is a city unto itself and brings knights, monks and forts to real life.

Vienna:  Hofburg Palace Children's Museum
The children found an opportunity where a museum spoke to their level of understanding.  They chanced upon a real princess' bedroom and managed to set up a royal banquet table for mom. 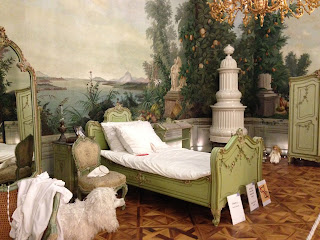 My son dragged me there and every so often, following a child through his or her lenses opens up a new family interest....in this case, World War Two.  It's not much fun for a mother to take photos of her son posing beside tanks and enemy planes, or for that matter, come across some haunting Nazi uniforms.  But the experience opens up many questions to be answered about what led to these great wars and the events that played out in the end.

New York: Museum of Mathematics
I have no high-level intellectual understanding of the hands-on monitors but I am sure there is some logic.  Everything is meant to be intuitive for the children of whom there are many to this new and popular site.

New York: Tenement Museum
This has always been a favorite of mine, especially after a visit to Ellis Island as a carry-over of what immigrant life was like after landing in New York.

New Jersey: Liberty Science Museum
Great exhibitions, particularly the one on gross body issues that involve gas, snot and nose hair.  I won't have to explain anything to my children any longer.  The displays were clear, even I understood them.
My daughter had a chance to 'Be a Surgeon' and operated on a banana with a staple in her gut. And one would have thought that a banana would solve that problem on its own. 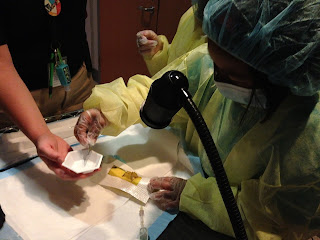 My little boy and I just came back from a movie under the stars on the deck of the Intrepid. Before that, we had a tour of the Growler submarine. To our great fortune, we had a personal tour because we were late and I persevered. What a magical experience.