The forts, the colorful buildings, the ocean, the food.  My daughter described Puerto Rico as "enchanting". In particular, the word describes an islet tucked within the northern side of the island, called Old San Juan.  Travel aficionados will want to know that it is one of those 1000 places to visit before we die. 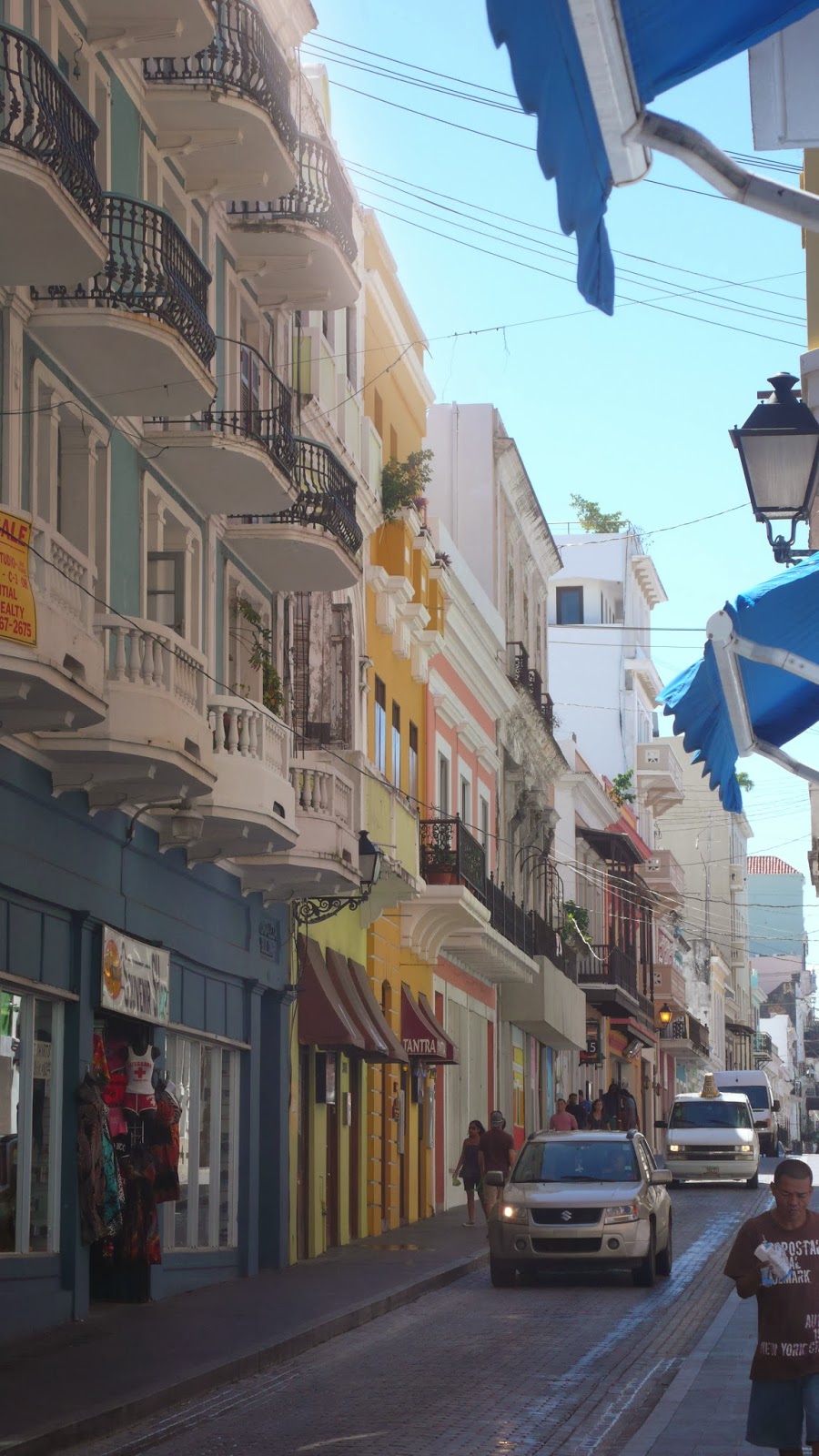 For me, Old San Juan reminds me of Malacca and perhaps that's why I am so drawn to it.  Malacca is where a few of my ancestors came from so in a way, there is a special affinity for Malacca on my end.  The two small cities were founded around the same time.  Two majestic forts anchor the two corners of Old San Juan.  Puerto Rico's historical significance stemmed from its geographical position as the entryway into the Caribbean, 4000 miles away from Spain across the Atlantic Ocean.  One can only imagine the actions and conversations that took place in those casemates, secret tunnels, dungeons and sentry boxes.   And like Malacca, these colonial legacies are only ghosts of a glorious past.

In Old San Juan, the unusual blue cobblestoned paths and the array of candy- colored buildings guide you along the narrow streets up and down the hill.  The unique blue tiles were furnace slag that served as ballasts on the Spanish galleons.  Hopefully, heavy traffic nowadays will not undermine these tiles. 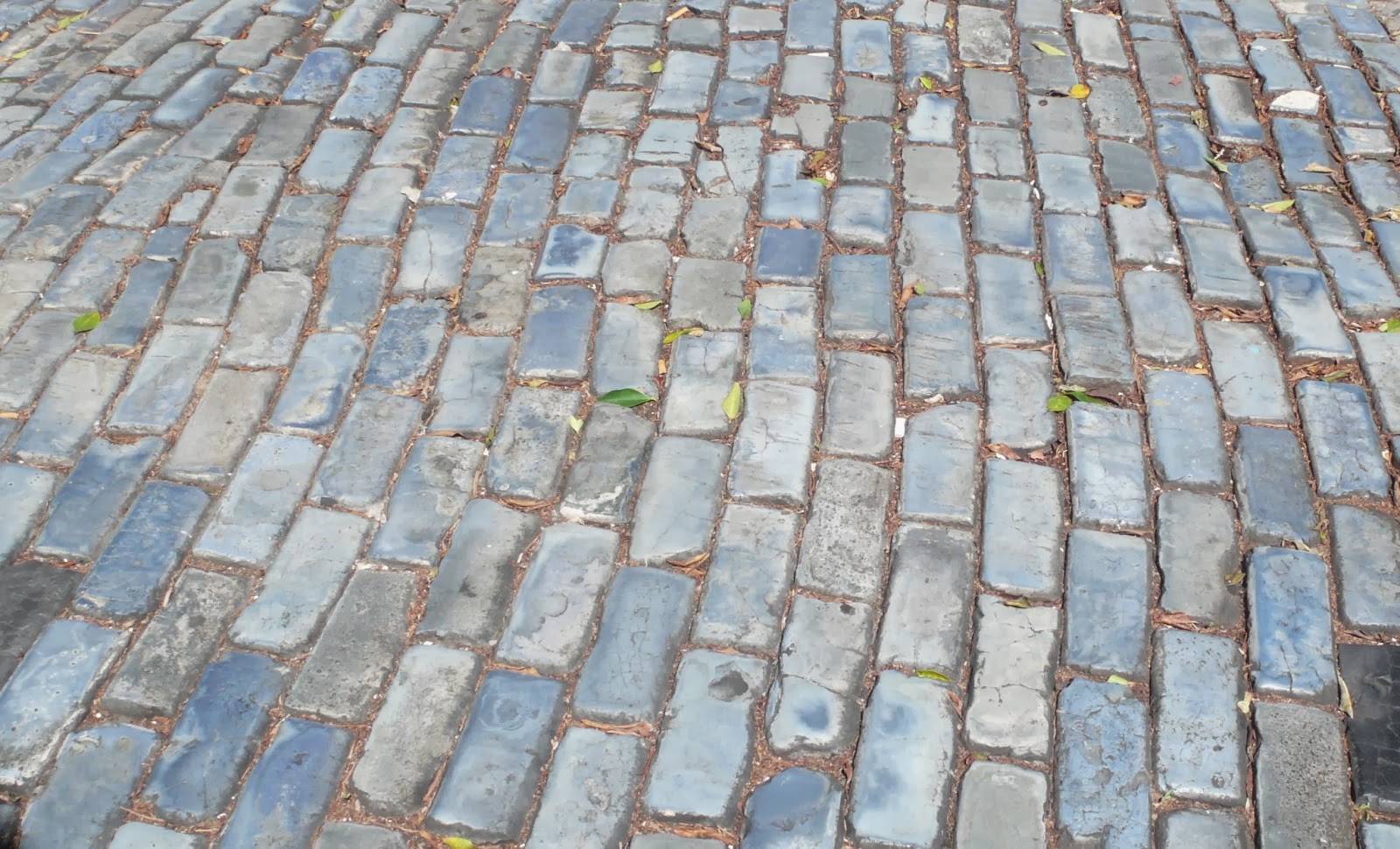 What keeps my family back to Puerto Rico is its cuisine.  La Bombanera, an established cafe from the early 1900s was under repair.  We went further down the street to Cafeteria Mallorca (300 Calle San Francisco) for breakfast with the locals.  I ordered a cup of Puerto Rican coffee, of a soothing, milky consistency, along with mallorca with ham and cheese.  The sandwich was a double-sided toasted pastry with the filling, dusted with powdered sugar.

After touring San Cristobal fort, we looked forward to lunch at Cafe Puerto Rico, recommended by no fewer than five local residents, one of whom exclaimed that it reminded him of his grandmother's cooking.  Curious to know what the fuss was with 'Mofongo', I was not disappointed.  I chose a fried basket of mashed yuca that contained bacalao (codfish) stew.  That, along with a mojito, ended a blissful day of old world charm.