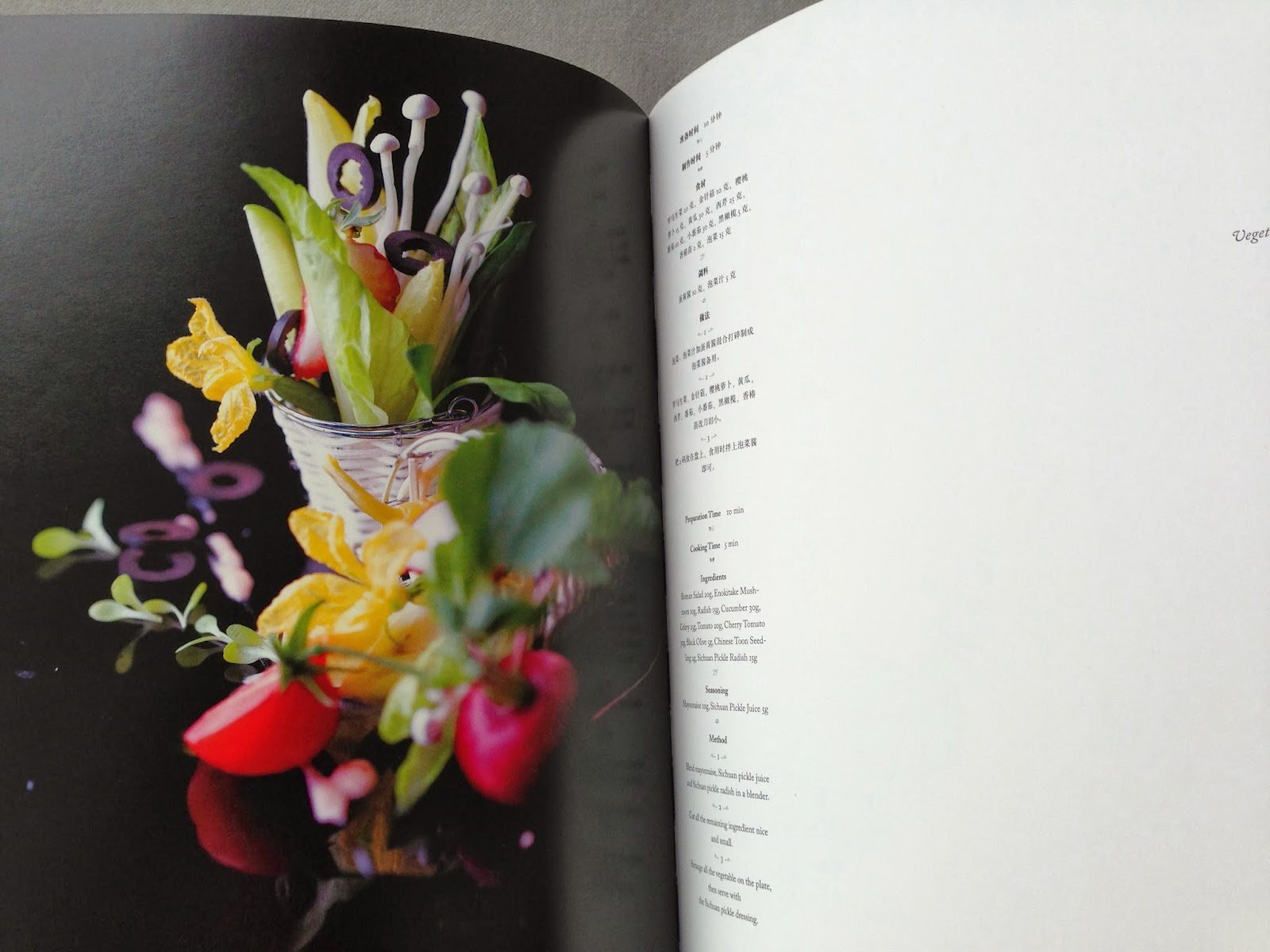 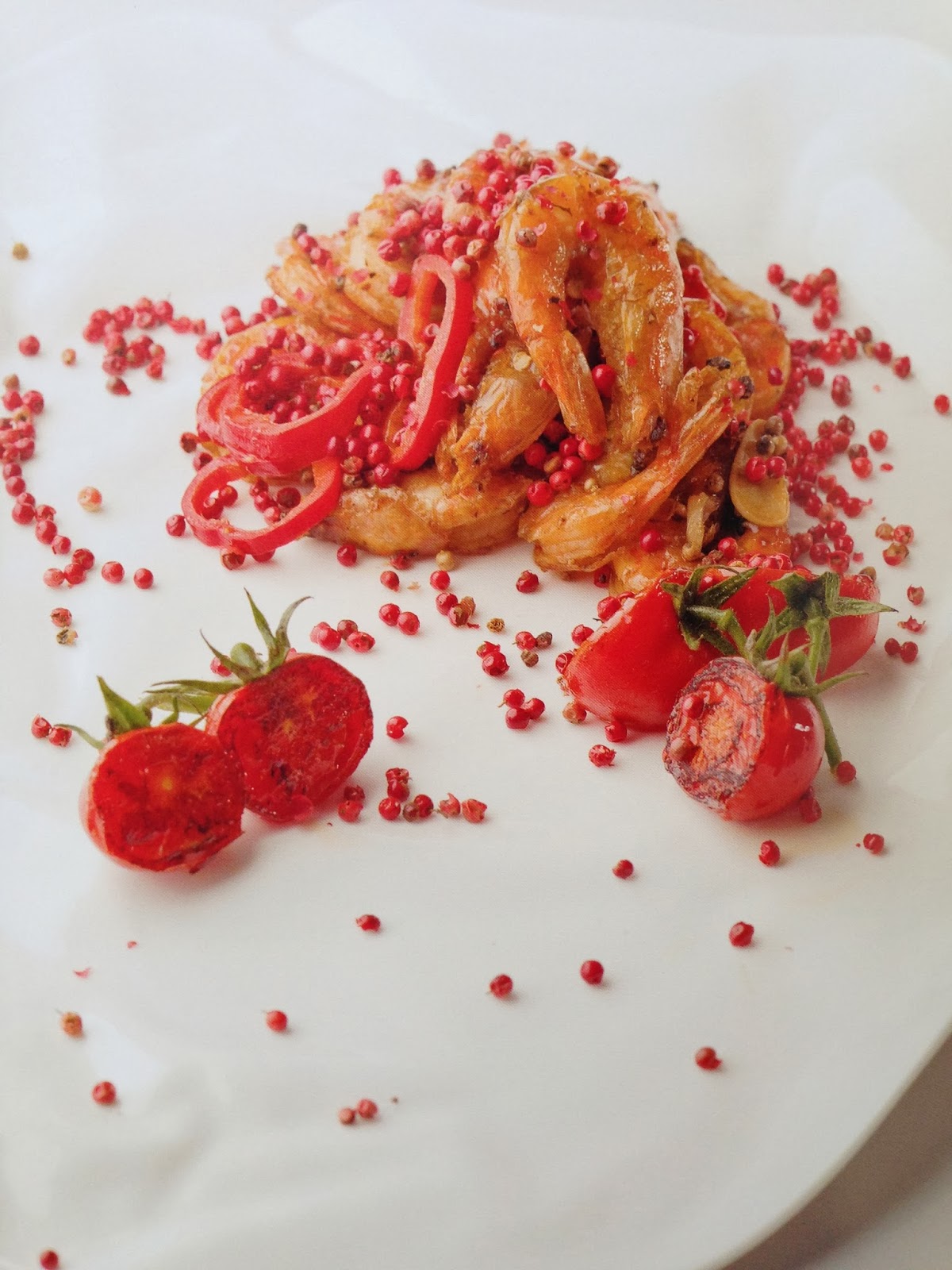 I collect old Chinese cookbooks that feature elaborate displays of banquet dishes.  Those cold dish platters with the carved phoenix.....that sort.   These days, the cookbook snob talks about "Modernist Cuisine", the super-expensive book series that brims with clear, in-your-face photos of food as art.

But one should not let go of two fabulous books that rival the fine artistry of gourmet cooking as depicted in "Modernist Cuisine" or even, "Eleven Madison Park".

"Da Dong Artistic Conception of Chinese Cuisine" (literal translation of its Chinese title) is a cookbook published by the well-received Peking duck restaurant chain in Beijing, opened after my expat time there.  It is helmed by the chef Da Dong.  With the city moving along at lightning speed, I don't know where the quality of "Da Dong" ranks these days in the pantheon of Peking duck restaurants, both legendary and new.  I visited one of the Da Dong restaurants in 2011 and had spotted the book on my way out.  I hesitated to impulse buy and then, regretted.  I never fought through the traffic jam to revisit the place  to obtain a copy.  Yet, I kept thinking about the book.  A year or two later, I gave the American Express concierge a challenge to see how amazing their service was, and was not disappointed.  They contacted their Beijing office, tried to ship it over, could not, but found me the English title so that I could order the book on Amazon which I then did, under "Big Dongs Chinese Image dishes: The Four Seasons". 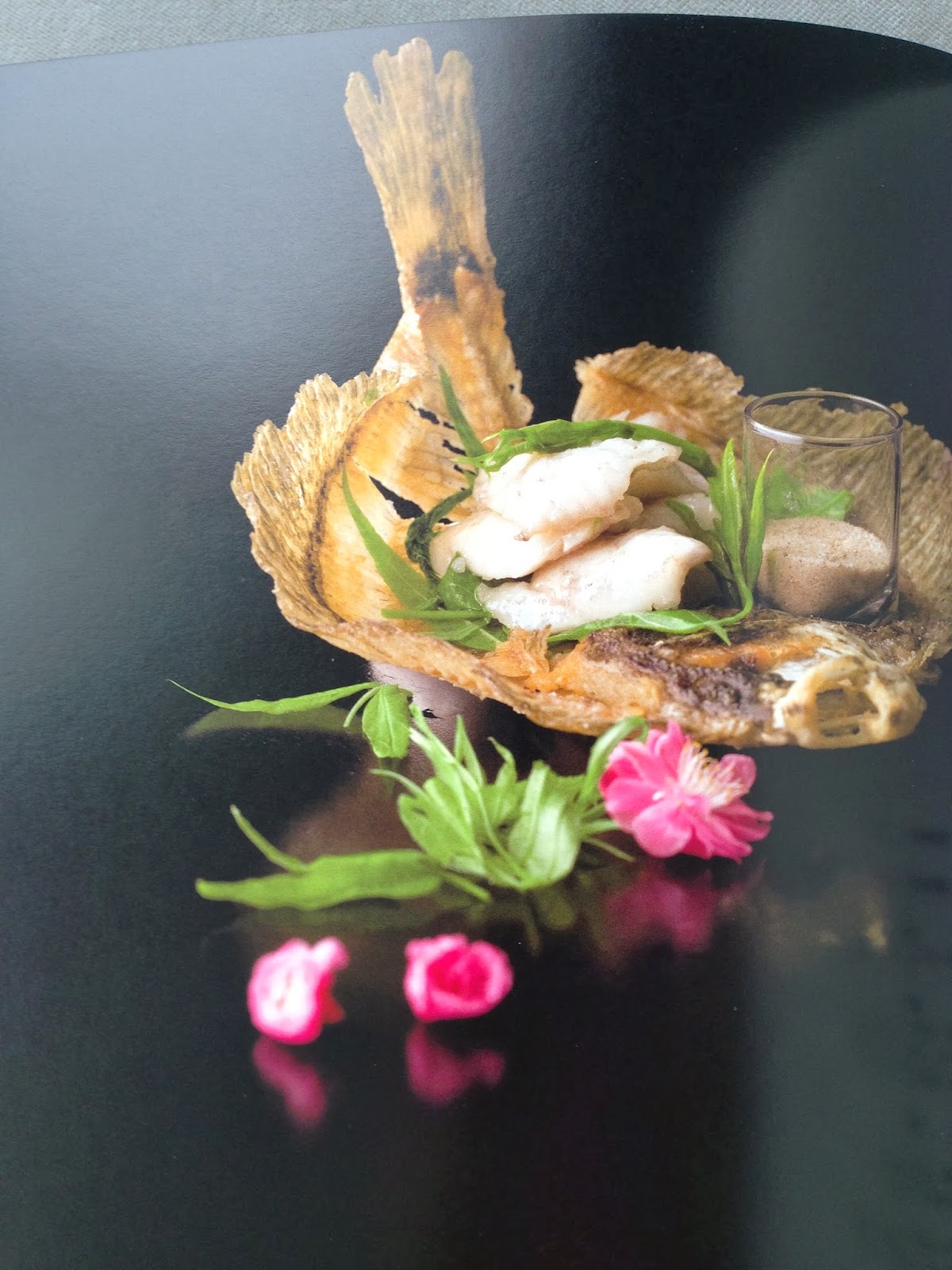 The photography is beautiful.  The food styling is contemporary and an art form.  I don't know if I'll ever really cook out of that book but by just looking at it, I marvel at the transition from the Beijing I knew (where the display of banquet food was bland) to the present day where dishes are served up as if Salvador Dali had plated them.  Indeed, in the first few pages, Da Dong admits and waxes philosophical about Maslow's theory of food as a basic need, eventually progressing to food as a higher art when the 'social and economic development reaches the highest level at the self-realization stage'. 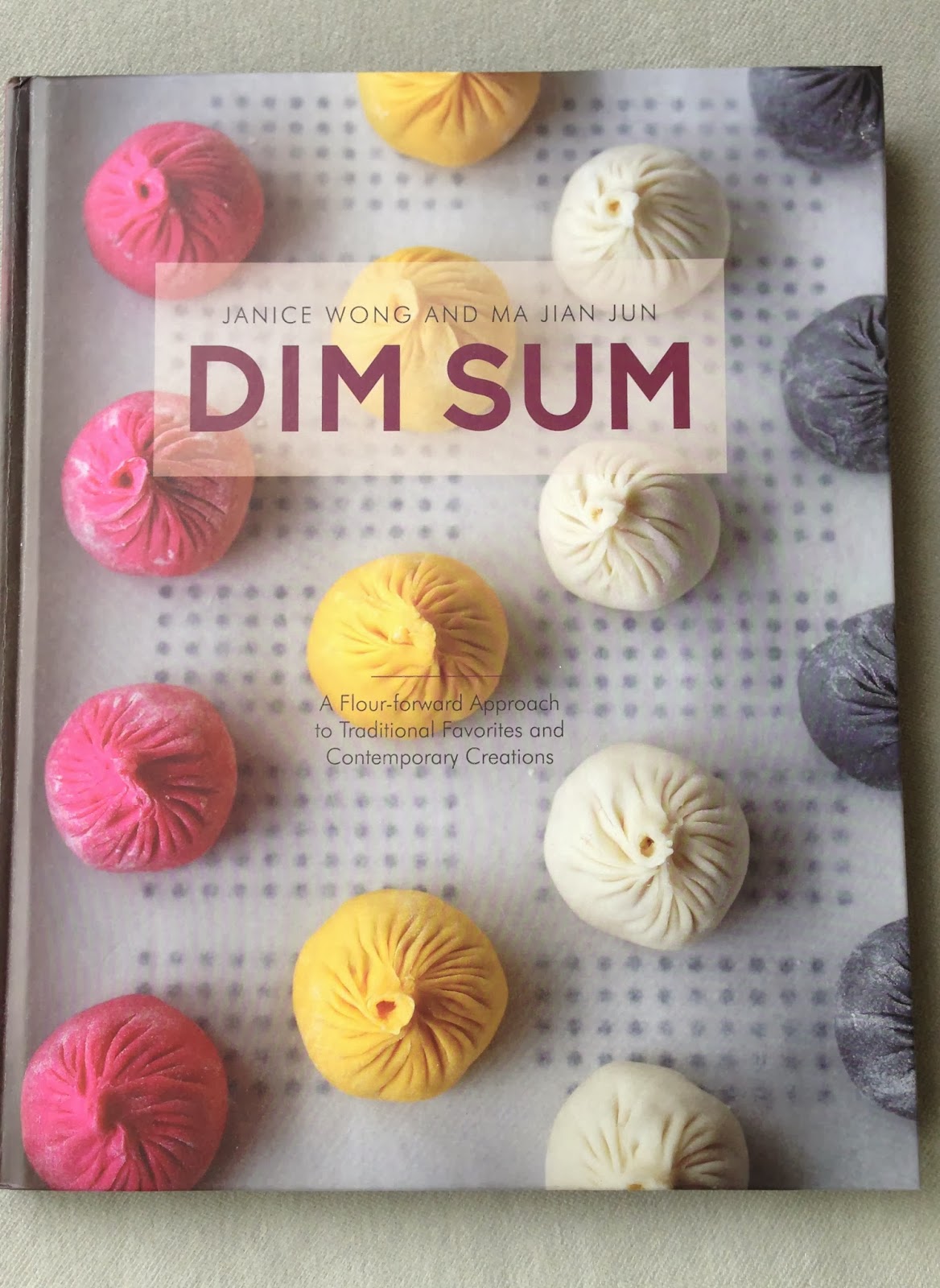 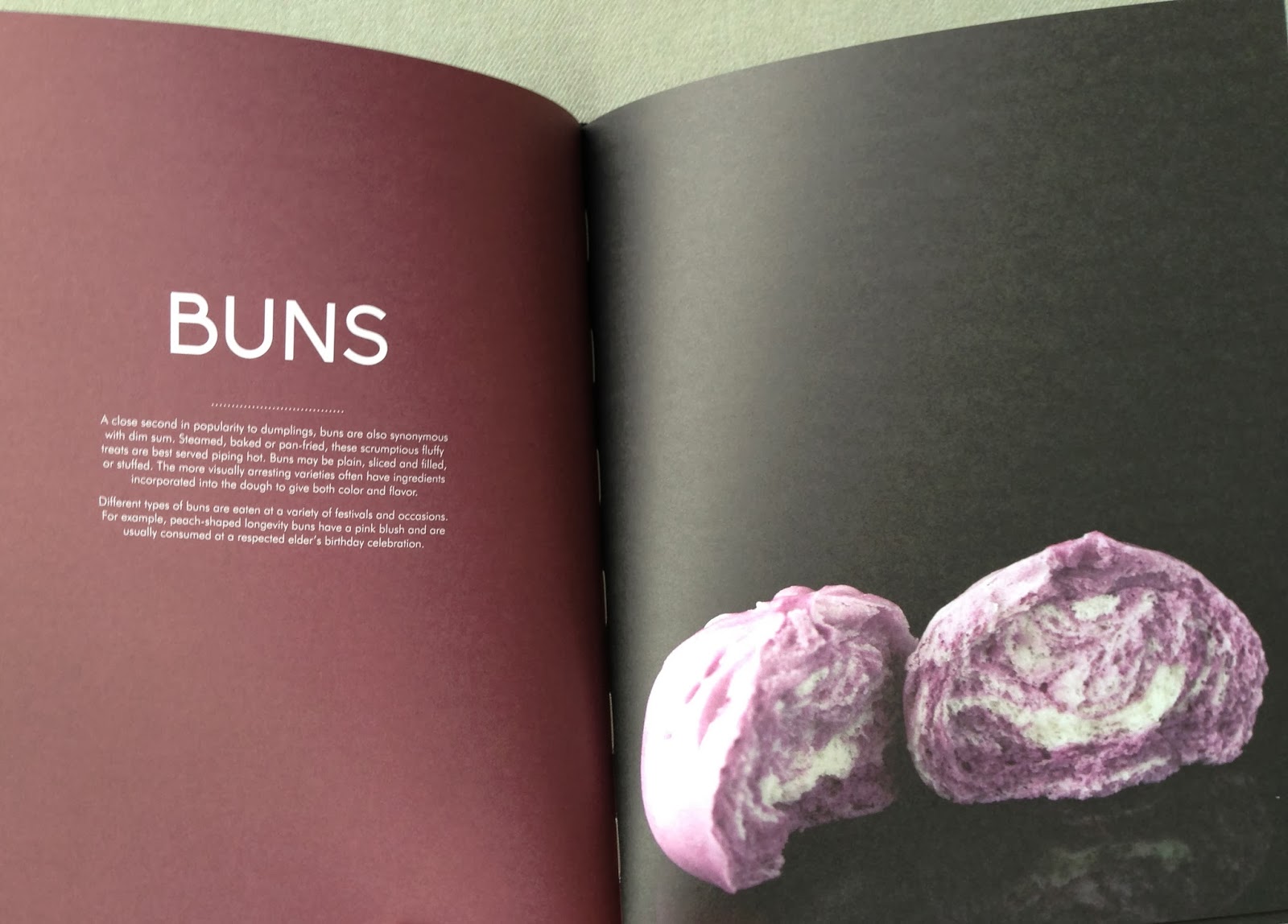 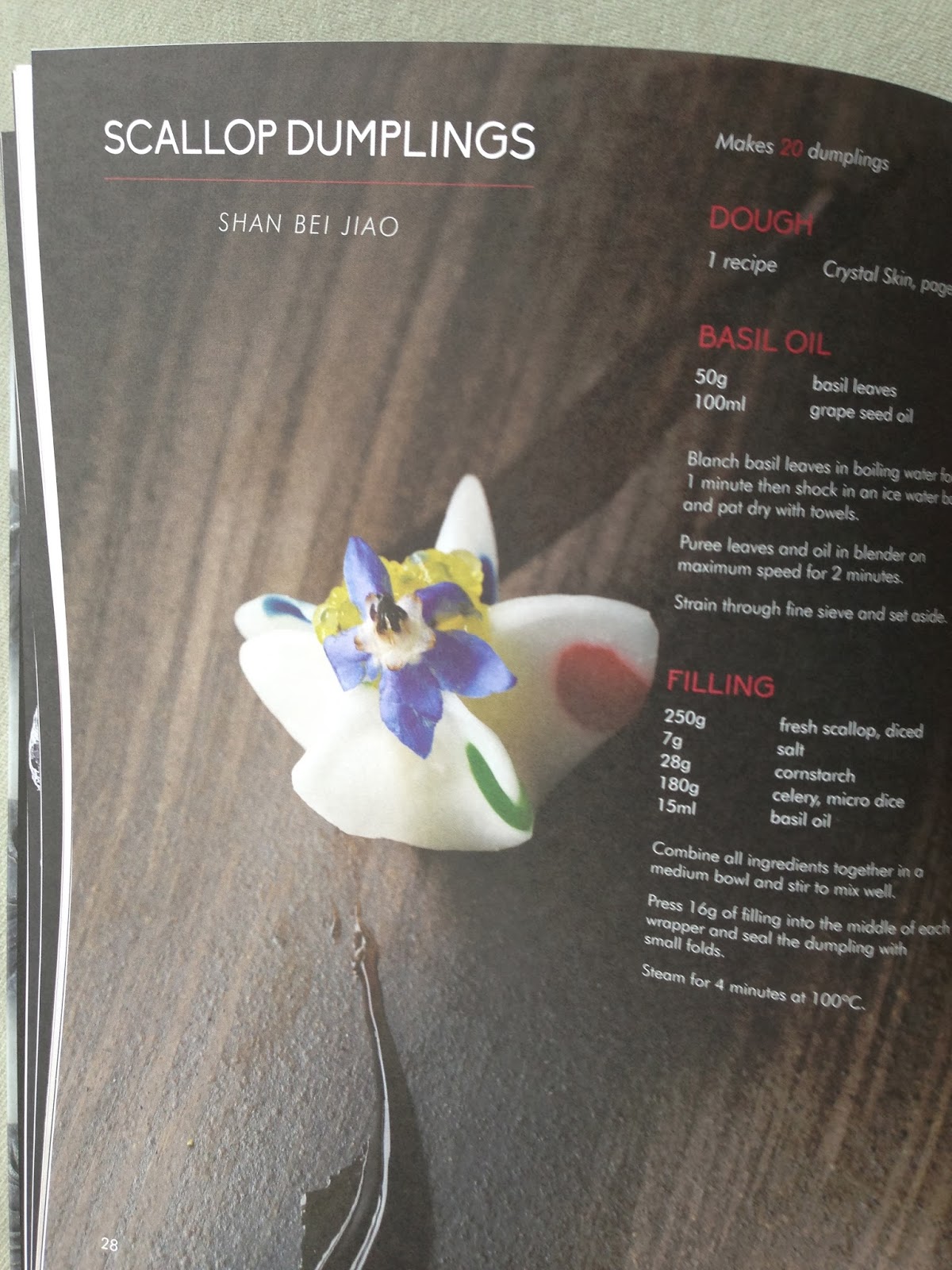 Again, the photos are gorgeous but additionally, the listed recipes cover the breadth of the popular dim sum platter and more.  There are steamed 'xiao long bao' for sure, 'nai huangbao' custard buns, my favorite Shanghainese 'shen jian bao'  and the homey 'pork and chive' dumplings (or Dumpling 101 in my case). But Wong does not stop there. She covers 'Not Flour' and includes porridge, roasted pork belly with crispy skin, beef balls, radish cake, yam cake etc.  Being such a dim sum aficionado and going through this book,  I am tempted to try out a recipe each day.
at March 04, 2014