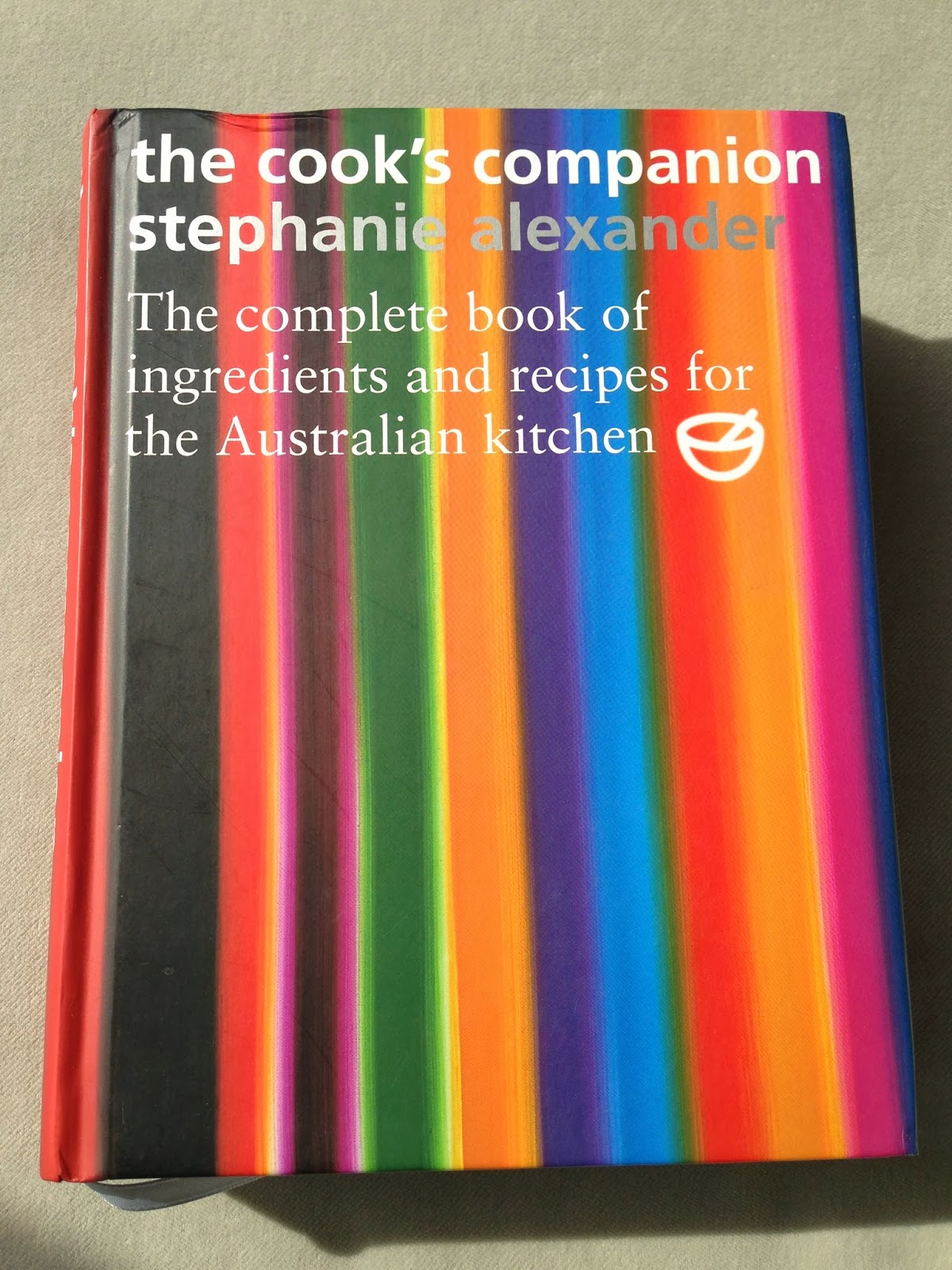 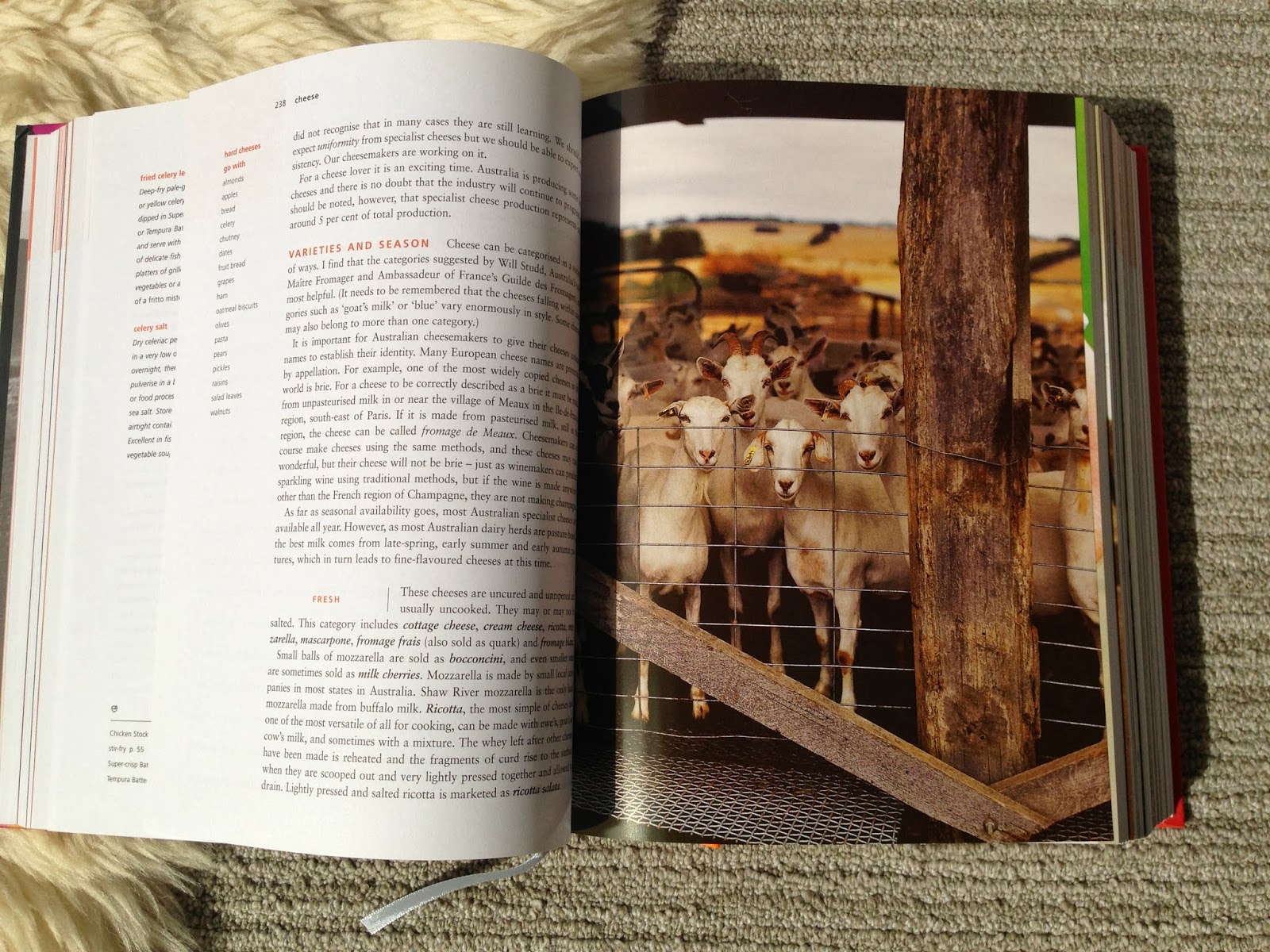 "The Cook's Companion" by Stephanie Alexander is a hot book.  The second edition from 2004 was out of stock and proved elusive for a very long time, even from resellers. Thankfully, a new edition has come out.  The book declares itself to be 'The complete book of ingredients and recipes for the Australian kitchen'. With a cover illustrating a rainbow of bright, happy colors, it definitely conveys the cheerful, carefree demeanor of Australians. 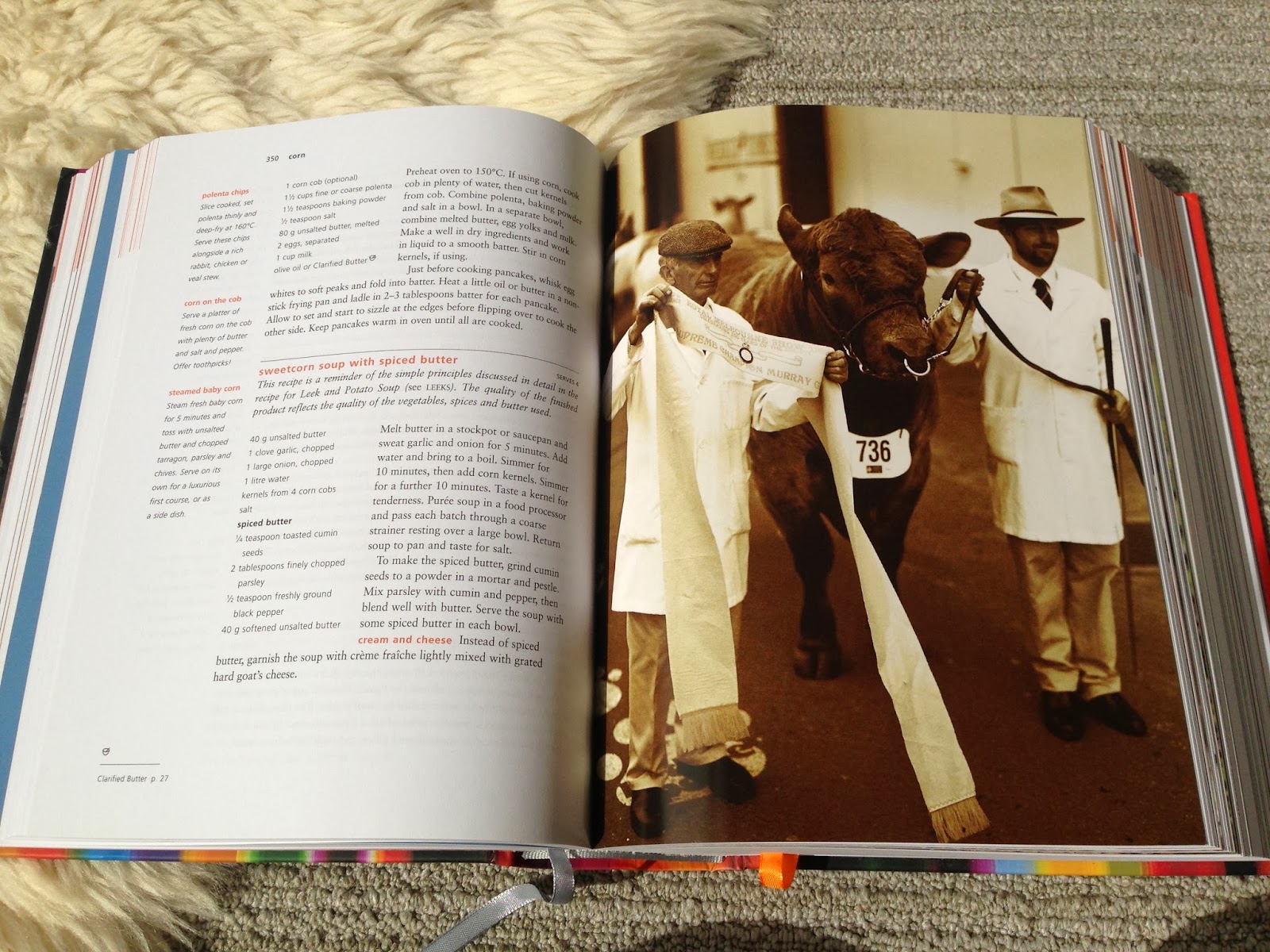 Alexander added more recipes to make the tome a 1000-recipe encyclopedia of the common ingredients that should be found in a pantry Down Under.  So the chapters are arranged alphabetically according to ingredients.  These include abalone, bacon, dill, pears, rock lobsters, scallops, tropical fruits, zucchini and squash and for the more Crocodile Dundee types, kangaroo and wallaby, rabbit and hare or brains. Within each chapter, there is an array of recipes that pay homage to the various ethnic groups that now make up the Australian demographic.  Beef would include beef daging rempah as well as Yorkshire pudding.  Short informal recipes are printed on the margins to suggest variations and at the end of each chapter, there is a cross-reference for additional recipes listed in other chapters of ingredients which can be found in the same dish.

The front section is an exhaustive thesis on kitchen equipment, basic definitions and measurements, praise for the trusted farmer and an argument against genetically modified products.

This is a classic book favored by many well known chefs and would surely be in their cookbook collection, which probably explains why there weren't that many to go around. 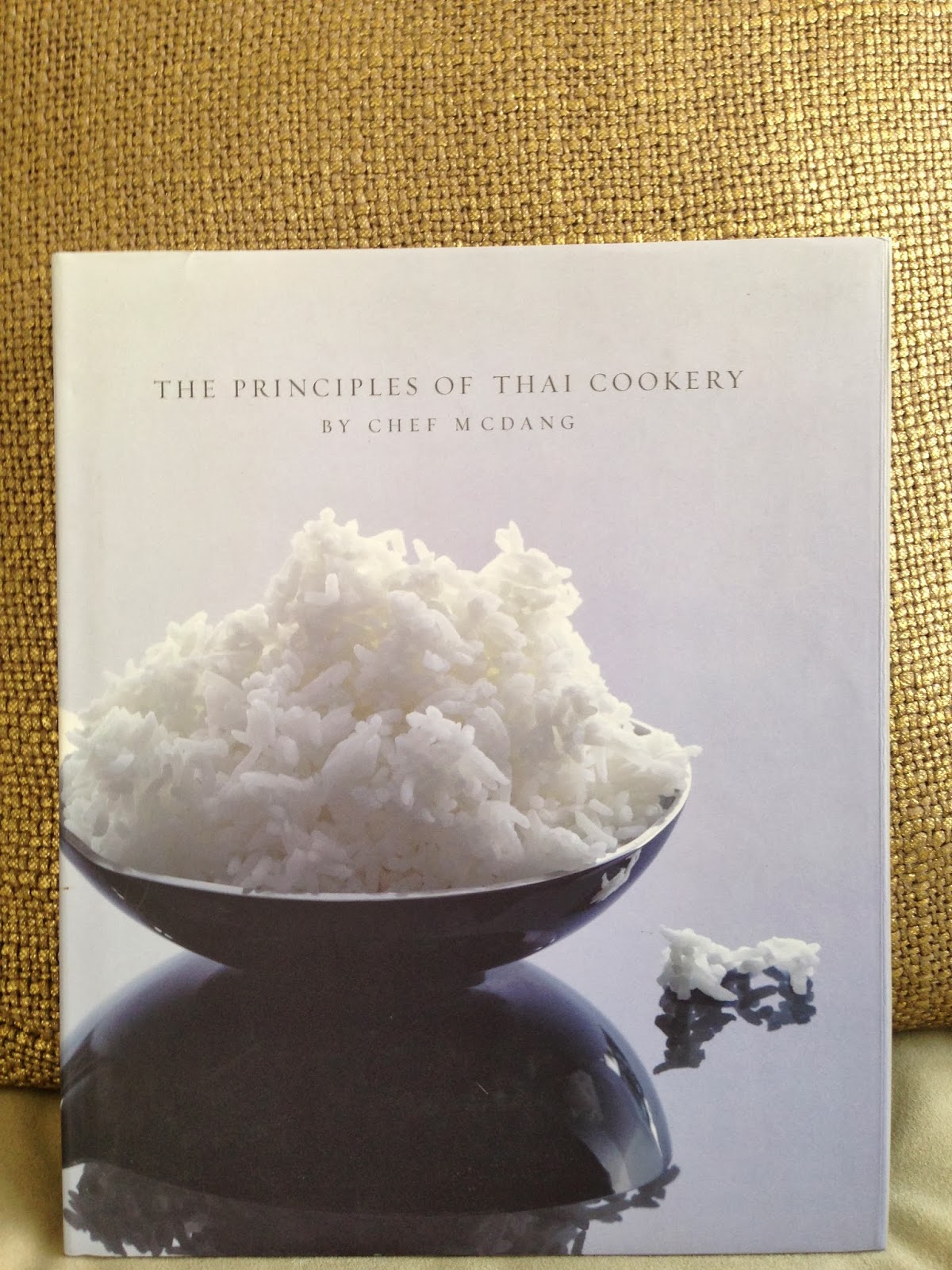 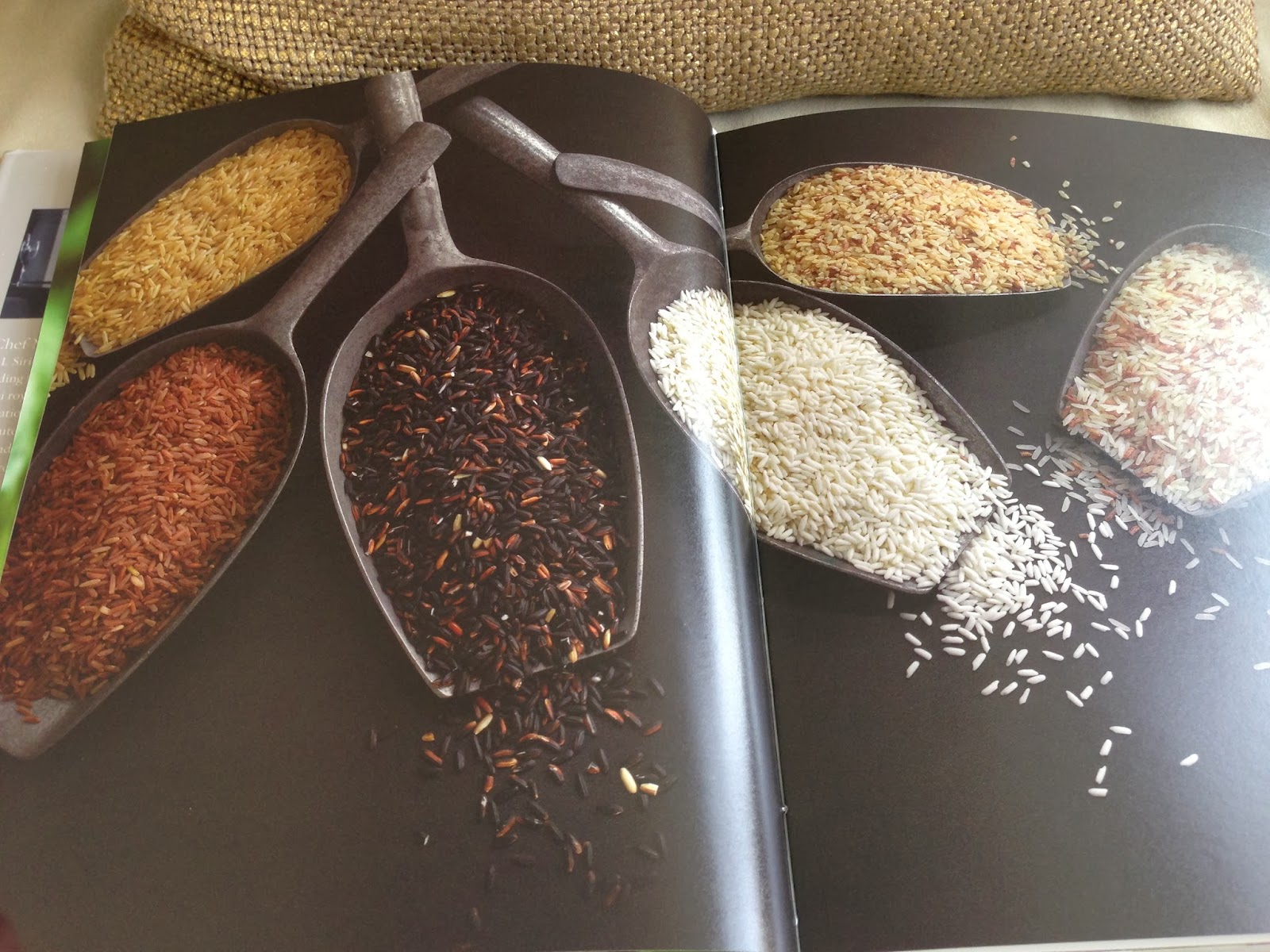 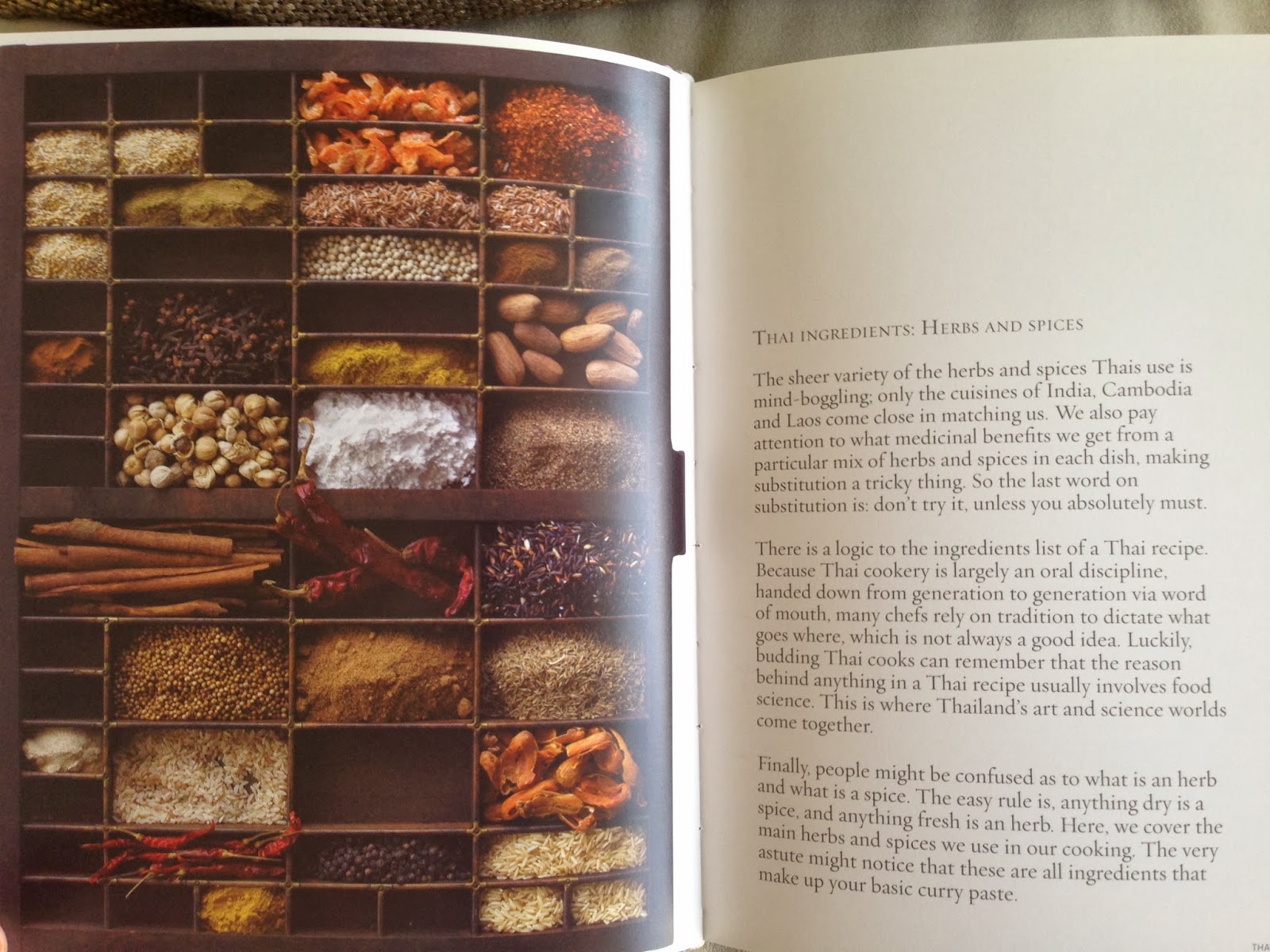 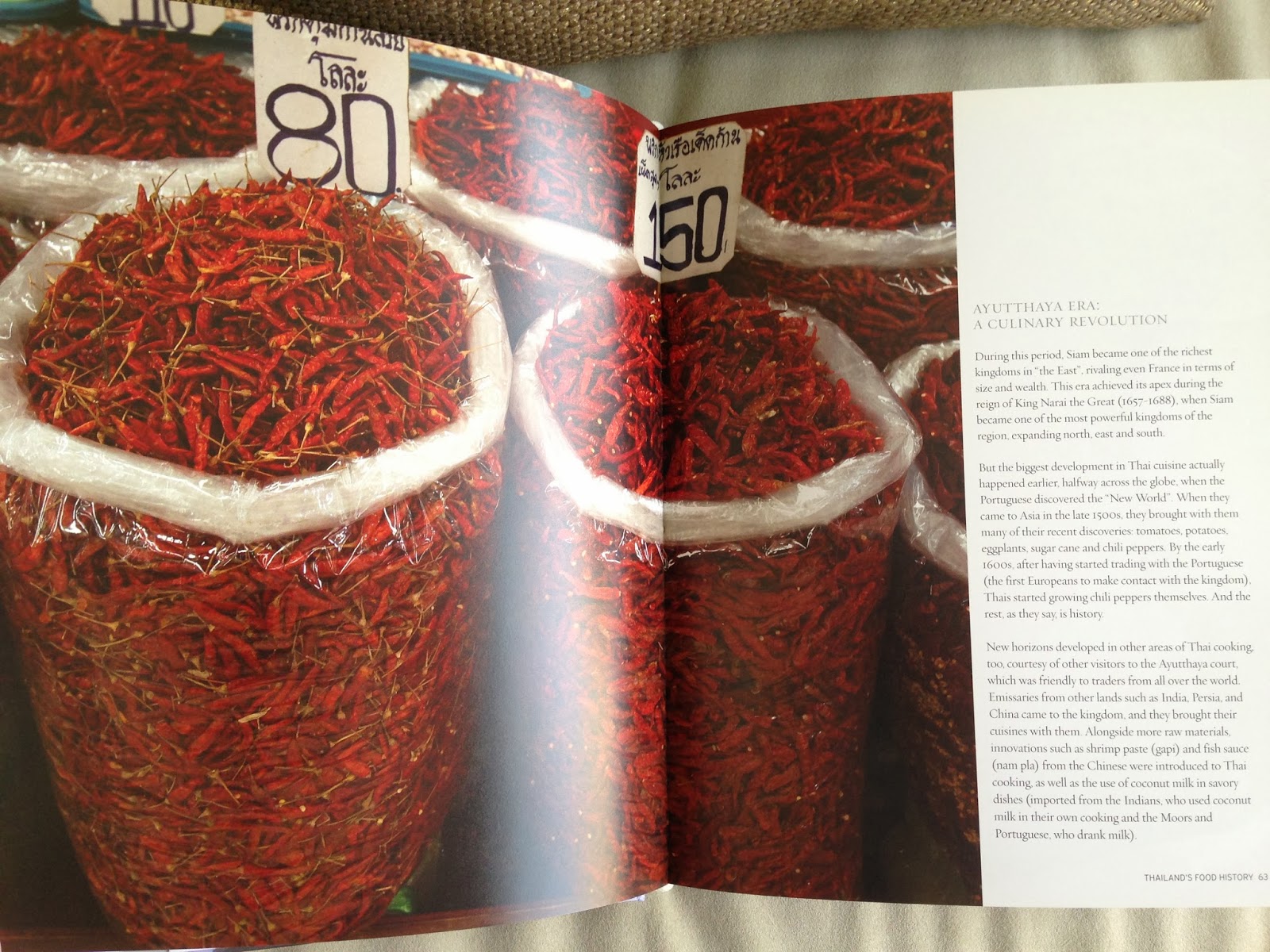 Going northwards up the arc of the Pacific Rim,  Thai food has always been a treat, especially when the winter is this cold.  "The Principles of Thai Cookery" is an authoritative cookbook penned by Chef McDang.  Otherwise known as ML Sirichalerm Svasti, he is a junior member of the Thai Royal Family and an experienced chef and restaurant owner who now represents his kingdom's cuisine as a food ambassador and consultant.  Here, Chef McDang takes the reader through the fundamentals of Thai cooking with focus on the key ingredients such as rice, chilies, herbs and spices. The dishes are broken down by the cooking techniques, sectioned into individual chapters such as grilling, frying, boiling or steaming, then criss-crossed by regional differences such as the North or South. 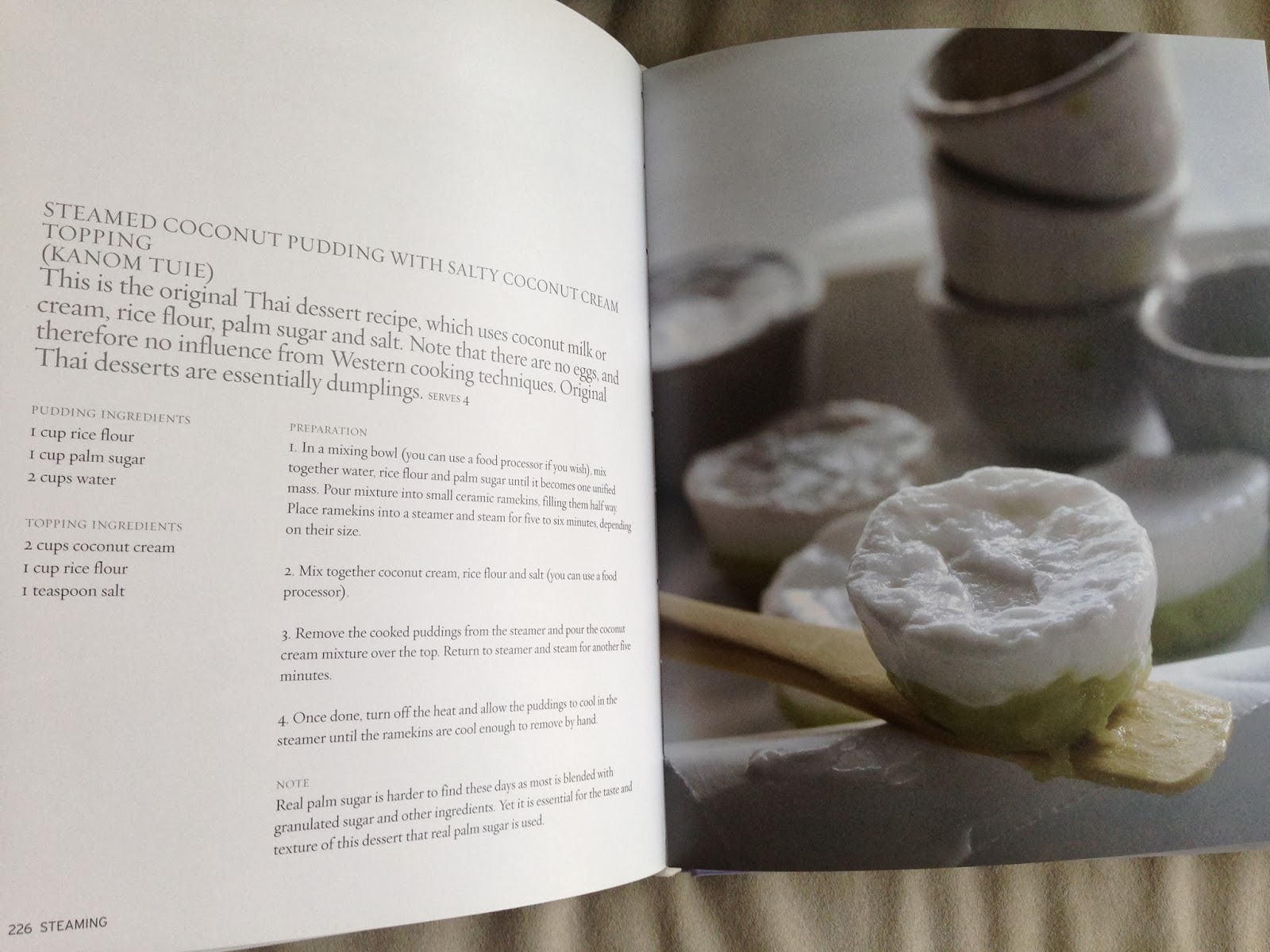 It is the kind of textbook I gravitate towards to study in-depth and master the art of a cuisine that parallels one close to my heart - both which produce a palate of spicy and tangy flavors. 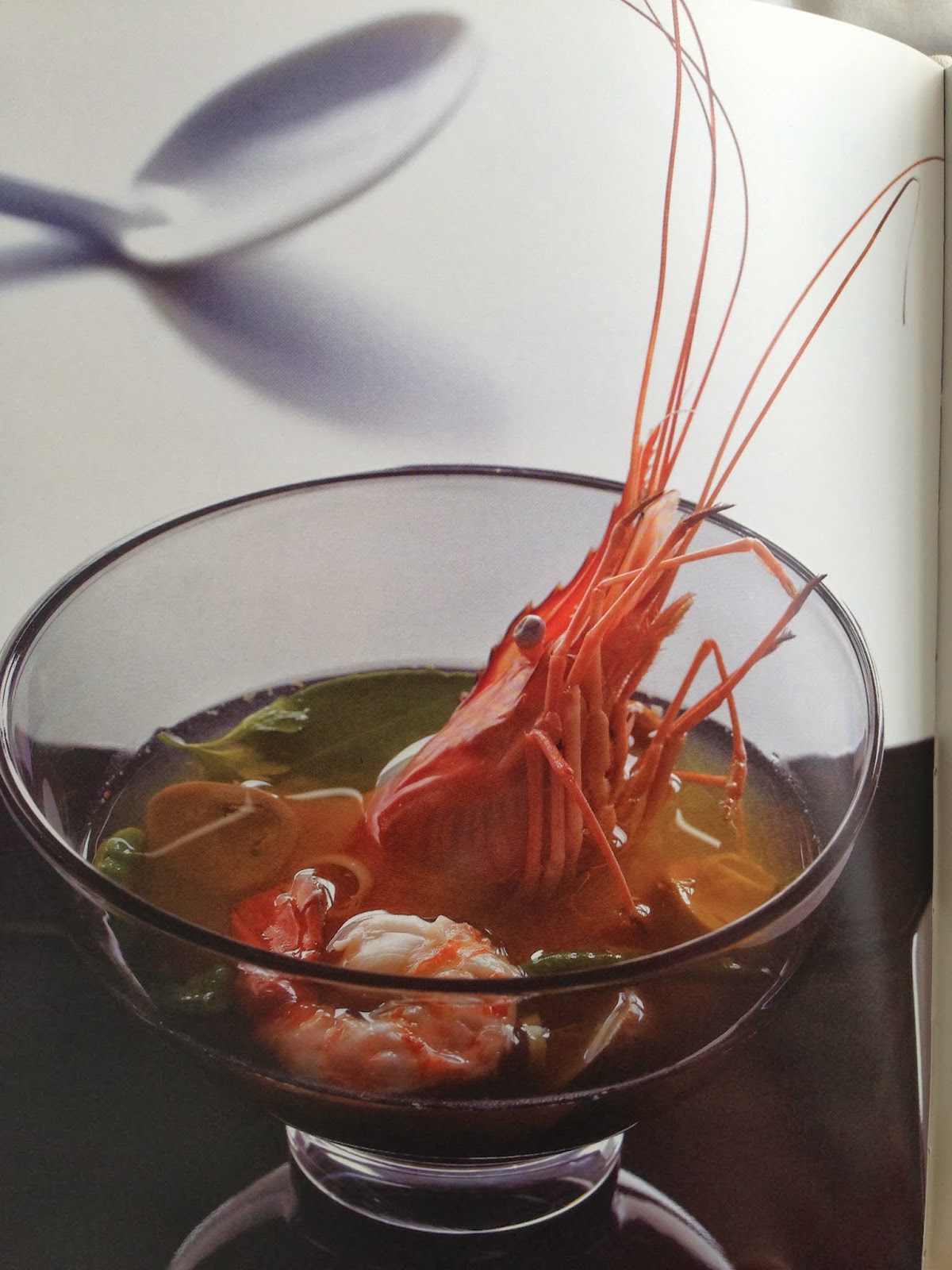