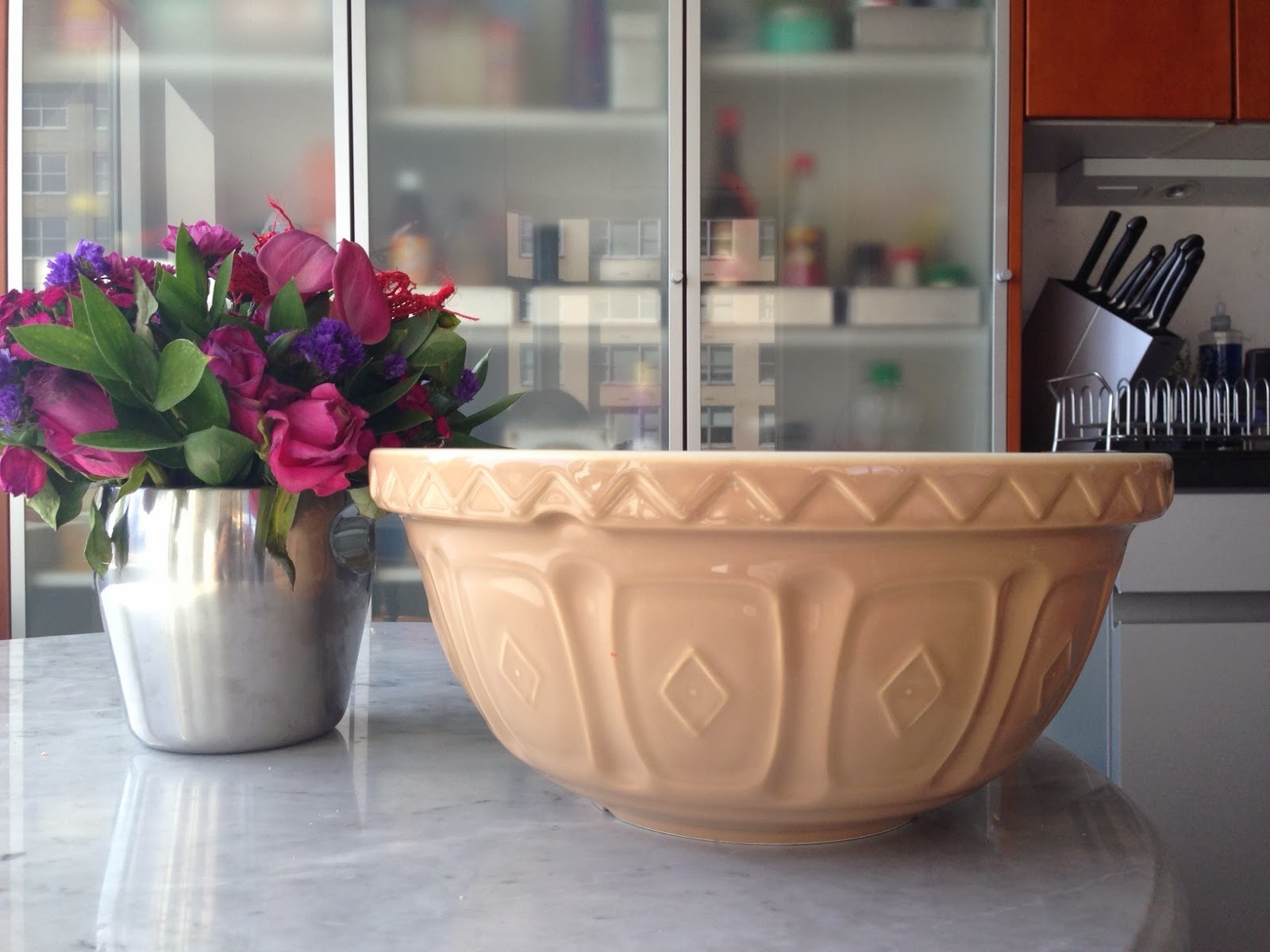 This past season of "Downton Abbey" featured a lot more of the kitchen because of Daisy's unrequited love for Alfred the footman.  Daisy was often seen working with a mixing bowl.  That bowl sparked flashbacks to my mother's kitchen as she too, had an identical brown-beige ceramic bowl in which she concocted her Kueh Lapis batter, stirred her preserved dried fruits for her fruit cake, or mixed up her ingredients for Sugee Cake.  She even used the large bowl to make her achar pickles.

The Mason Cash bowl is as English as good old Queen Victoria (yes, yes, she's mainly German).  The Cane mixing bowl can be ordered online in the US or bought in Singapore from the Tangs kitchen department.

My mother's bowl passed around my sisters in recent years and eventually, one sister kept it for posterity.  It has fine cracks but if it could speak, I'm sure it would spit out all the nagging and scolding that went on in my mother's kitchen - the same ambience like Mrs. Patmore's territory.
at March 01, 2014