My mother passed on a key trait to my sisters and me.  It's the obsession with kitchen tools and appliances.  This past week, I kept thinking about the multi-tasking Kenwood cake mixer that triples as a food processor and a liquidizer.  The mixer was on promotion at 60% of its usual price at Tangs department store.  I had noticed the newspaper ad and checked it out later in the day.  Over the next few days, I kept thinking about the appliance.  One would have thought that I had had a crush like a teenager.  I even flirted with Robinsons, another department store that was offering the same thing for a slightly lower price provided I had bought S$50 of other items. A concept called 'Purchase with purchase'.  After several days of mulling, I went back to Tangs to get my machine.  I had to get this thing out of my system. Needless to say, the appliance lies waiting in the cupboard for me to use.  And chances are, I would probably work with it only once during my remaining three week stay. 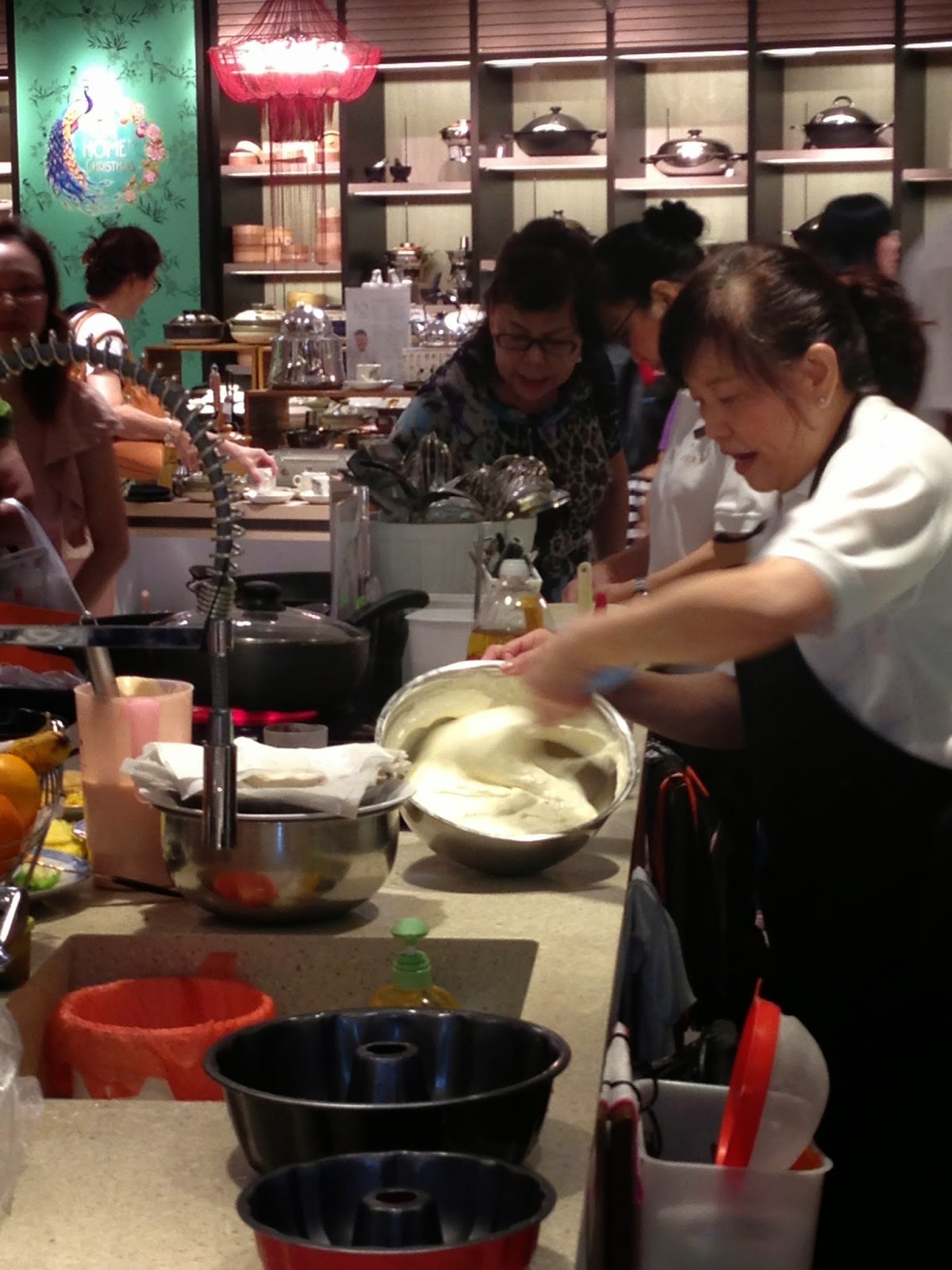 At the same time, my other sisters were distracted with a new appliance called the Airfryer.  With it, you could  deep fry your favorite foods without using oil. My sisters compared and contrasted the appliance model and price, one sister went back and forth to the shop and eventually bought two.

The thing is - my mother spent many afternoons shopping at the kitchen departments of Tangs, Robinsons, John Littles, Mohan's....These retailers could all count on her support, especially during a sale and particularly close to Chinese New Year.  She could stand around the demo booths to listen to the instructors, taste the food samples, nod in agreement and cart home her fifth cake mixer.

Robinsons and Tangs recently refurbished their kitchen shops.  Yet, in its modern setting, they still look and feel so familiar to me, largely because they were truly my playground while growing up.  The pots and pans, demo stations, gadgets, measuring cups and rice cookers plus a whole lot of appliances, remind me that some places don't quite change after all this time. 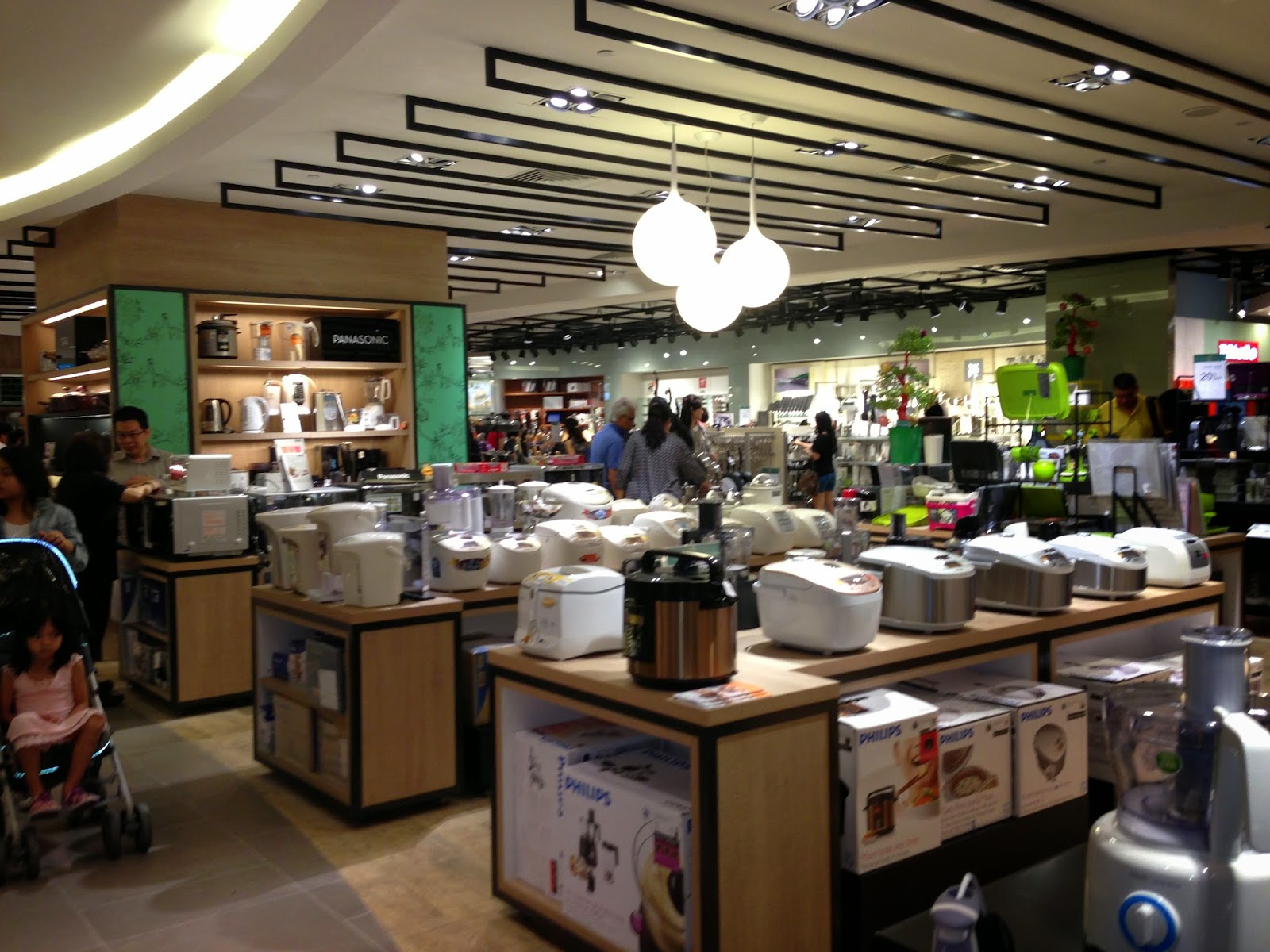