No monkey business - these moon cakes 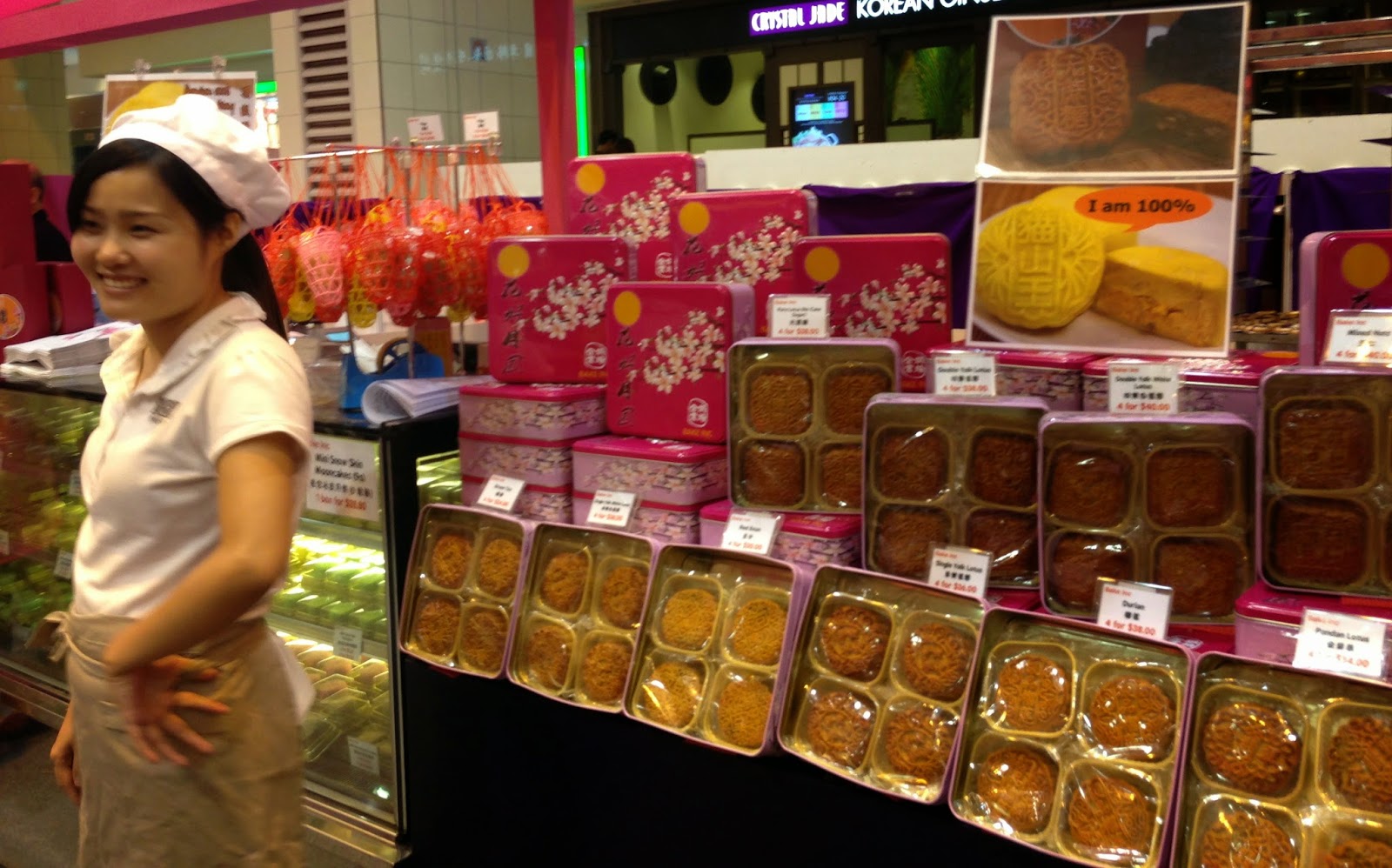 Unlike traditional Chinese families, I don't think Peranakans celebrate the Mooncake Festival by sitting outdoors, sipping Chinese tea, gazing at the full moon and partaking of delicate moon cakes while little children prance around with their paper lanterns.  Indeed, it's a big festival and I must have slept through it all while I worked in China of all places.  I very vaguely remember how the locals celebrated it.  Nonetheless, when I lived in Hong Kong, it was a big deal.  I would pass by the Wing Wah shop in Wanchai on my way to work.  It would have stacks and stacks of square tins on sale before mid September rolled around.

Wing Wah is an old bakery in Hong Kong best known for its smooth lotus-paste moon cakes. It is old-fashioned indeed, analogous to buying Cadbury against Le Maison du Chocolat when it comes to moon cakes.  I would trek down to New York's Chinatown every year to get one tin of it from the supermarket.  Predictably, Wing Wah would probably be found in every Chinatown in the big international cities by virtue of its heritage.  The blue and yellow, peony tin design has not changed at all and at this point, it is so retro.  I would recycle those tins to stuff my photo negatives, old cards, keepsakes, what not.

This last trip to Hong Kong, my kids and I lingered for too long at the airport newsstands before the immigration checkpoint exiting Hong Kong. I had managed to buy a tin of Wing Wah moon cakes at a discount and thought that I had done my job - the only souvenir for my family back in Singapore.  Upon entering the duty free zone, I was mortified to be greeted by a shop dedicated solely to Wing Wah mooncakes.  Furthermore, there were new tin designs I had never seen before.  Once again, it was further testament that living in the US, one stays in a time warp when it comes to Chinatown.  You only see products that you recognize from years back and are completely unaware that actually, much of Asia has changed and modernized, including Wing Wah tins. 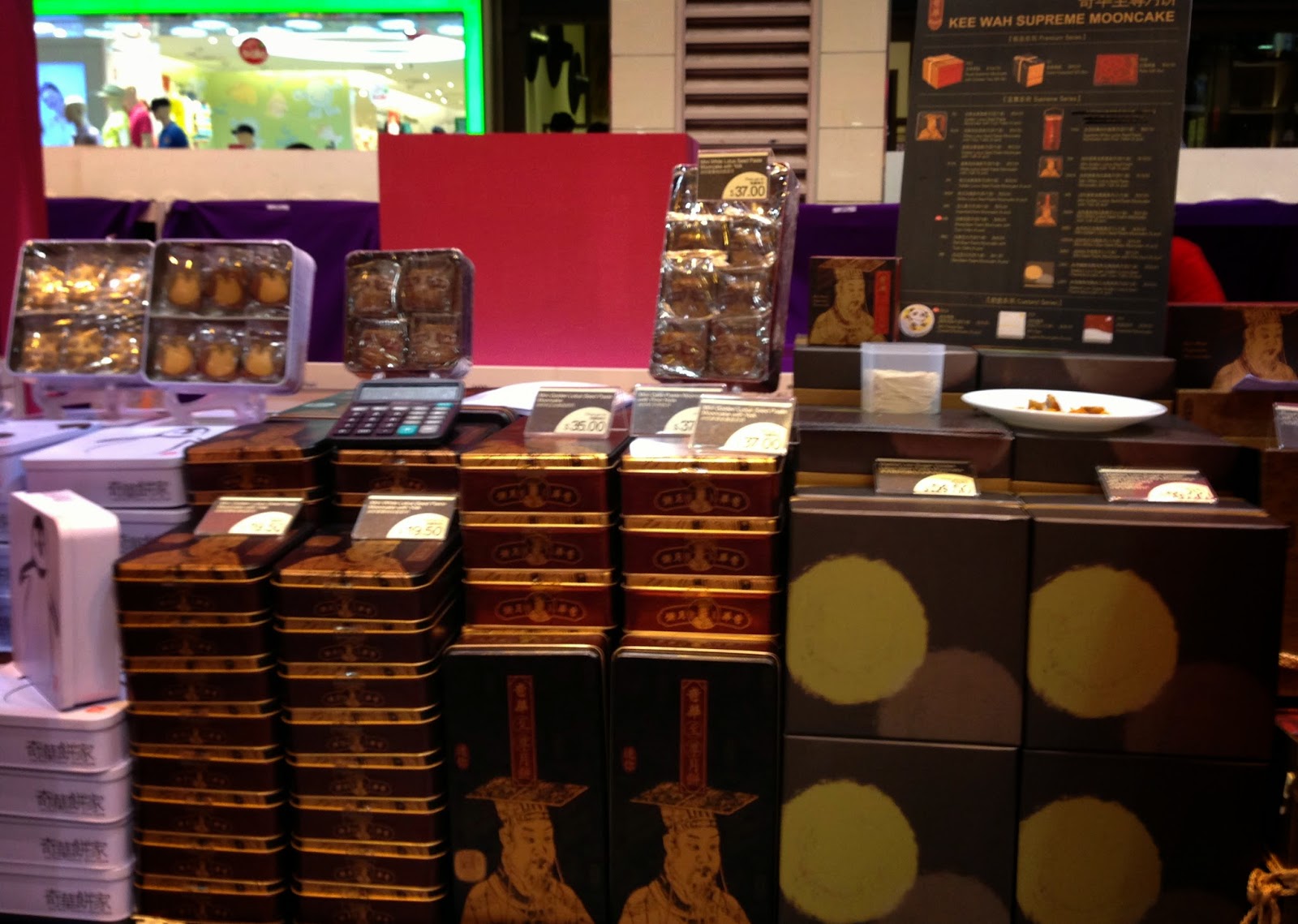 Alas, I had five minutes to board our plane and had to bypass the shop.  But once again, my compulsive nature got the better of me.  The very next morning, I googled for 'Wing Wah in Singapore' and then drove down to Ngee Ann City to pursue what I thought were pretty stylish tins.  Sisters and kids in tow with the false pretense of going to Orchard Road 'for lunch'.

I had never encountered a one-stop shop.....to put it mildly....a better word would be bazaar....for moon cakes.  Rows and counters of hotels, restaurants and bakeries hawking their finest lotus paste, with the few pops of snow skin, low-sugar, durian and ice cream variants.  Sample tastings to boot. 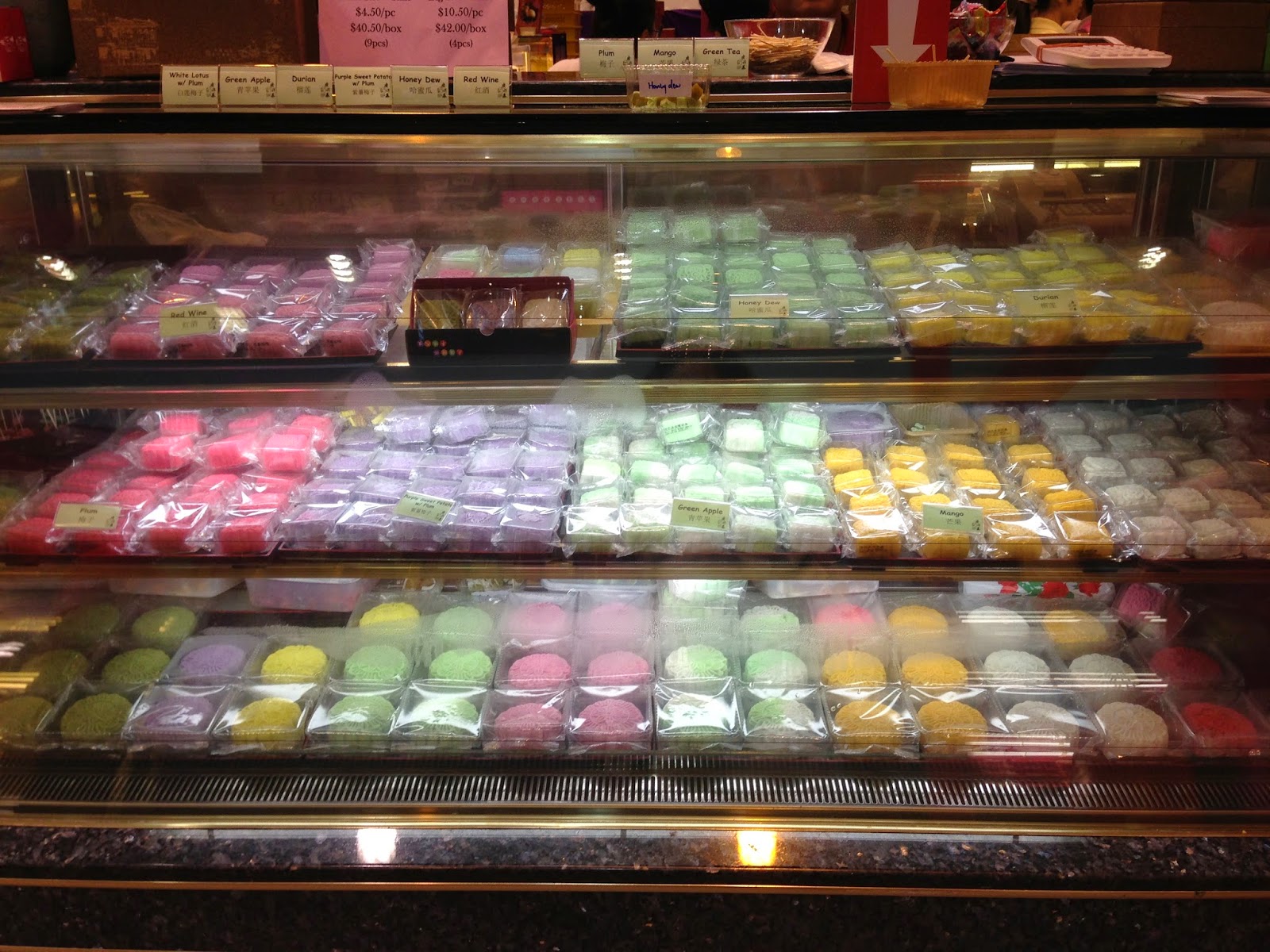 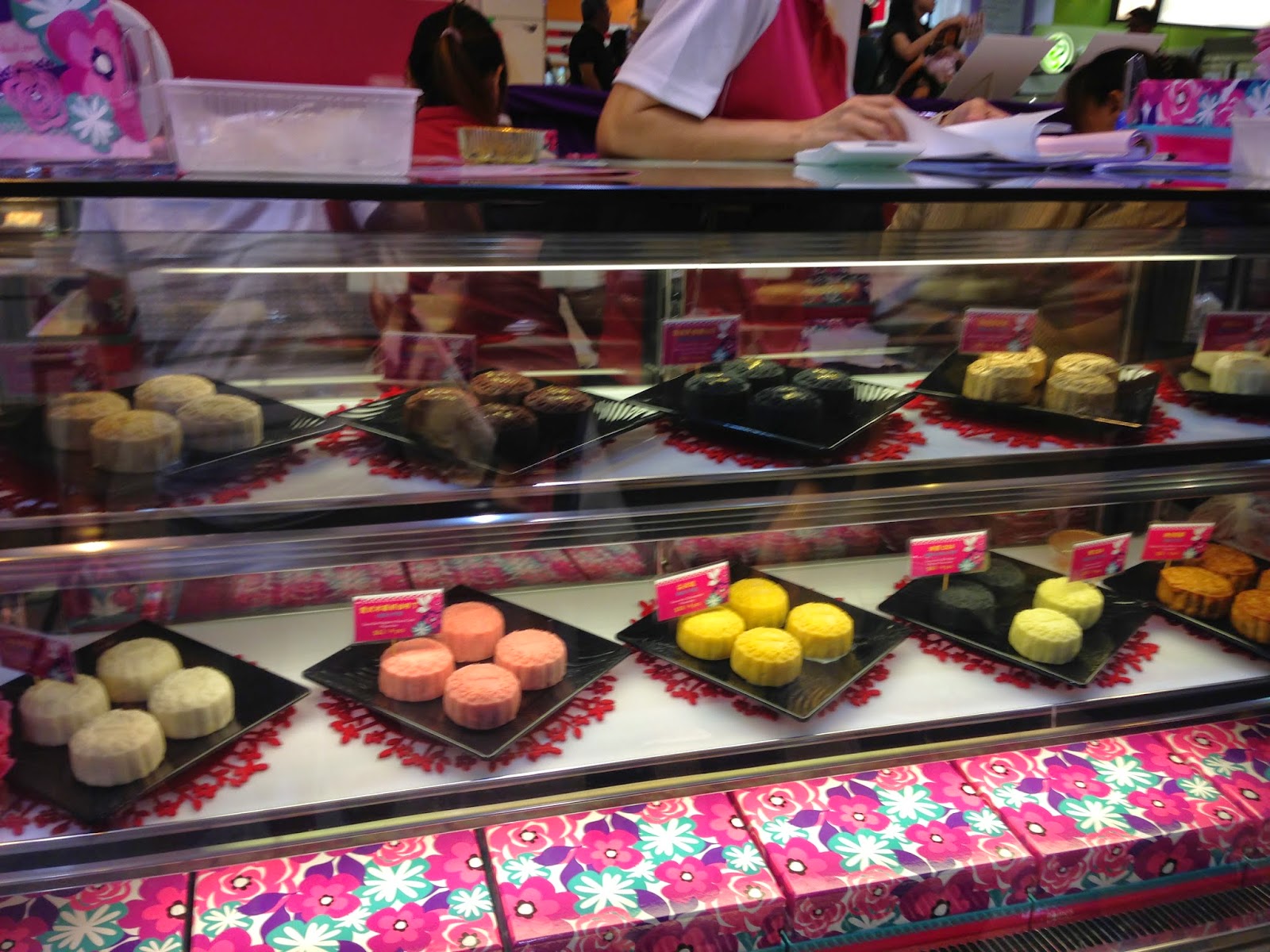 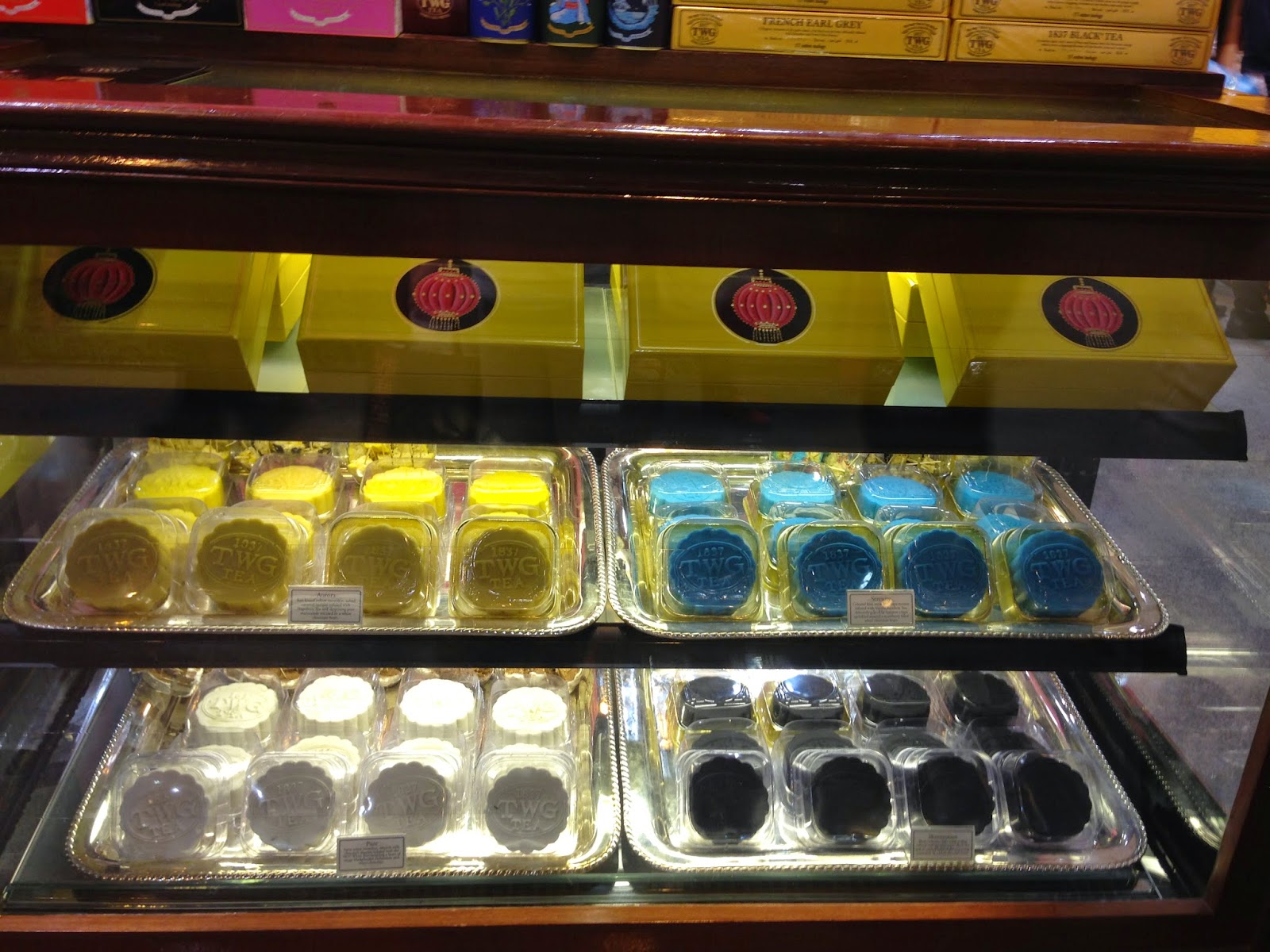 My stylish tin was there and I happily purchased the fashionable custard variety that came in the tin. 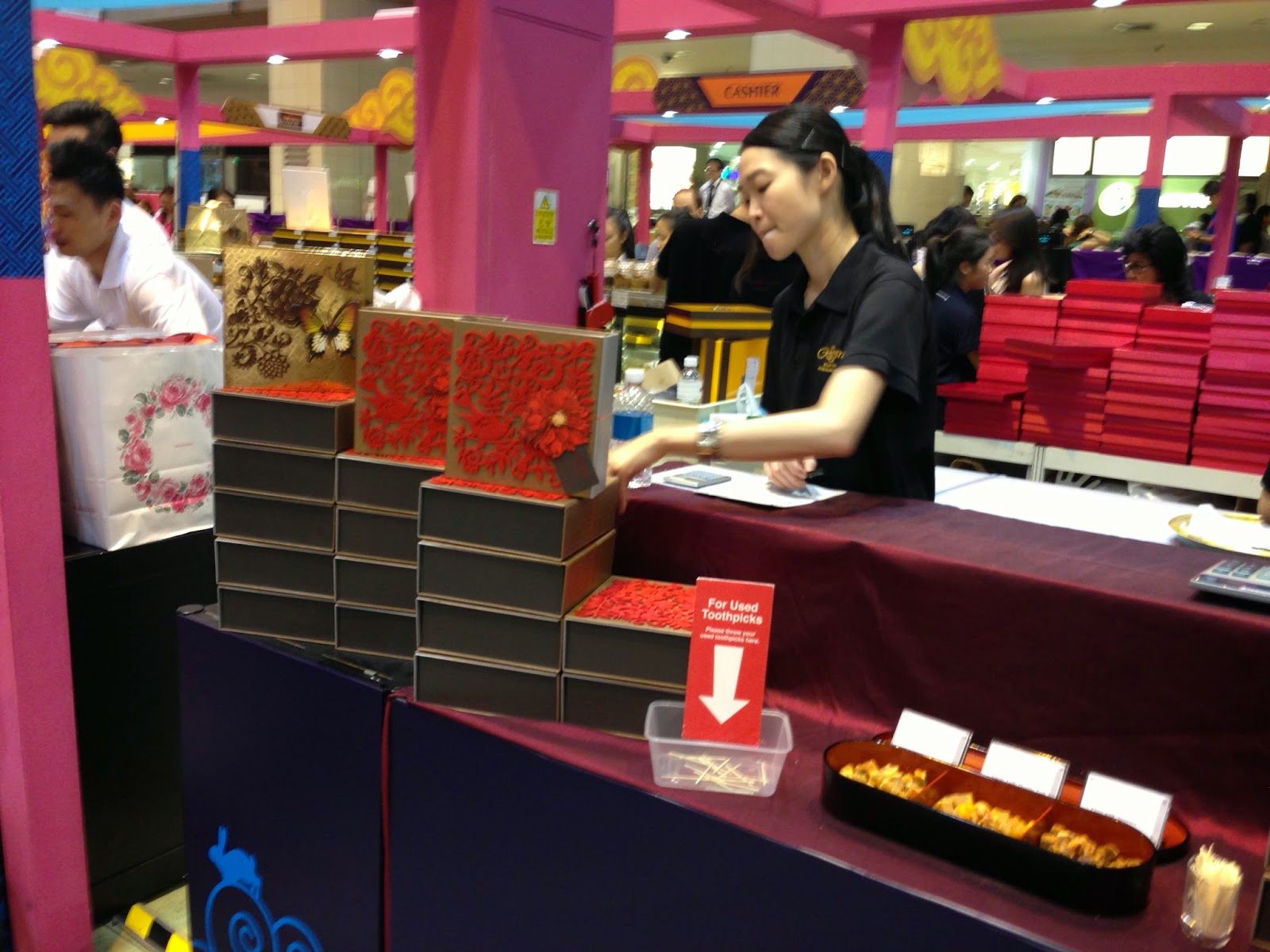 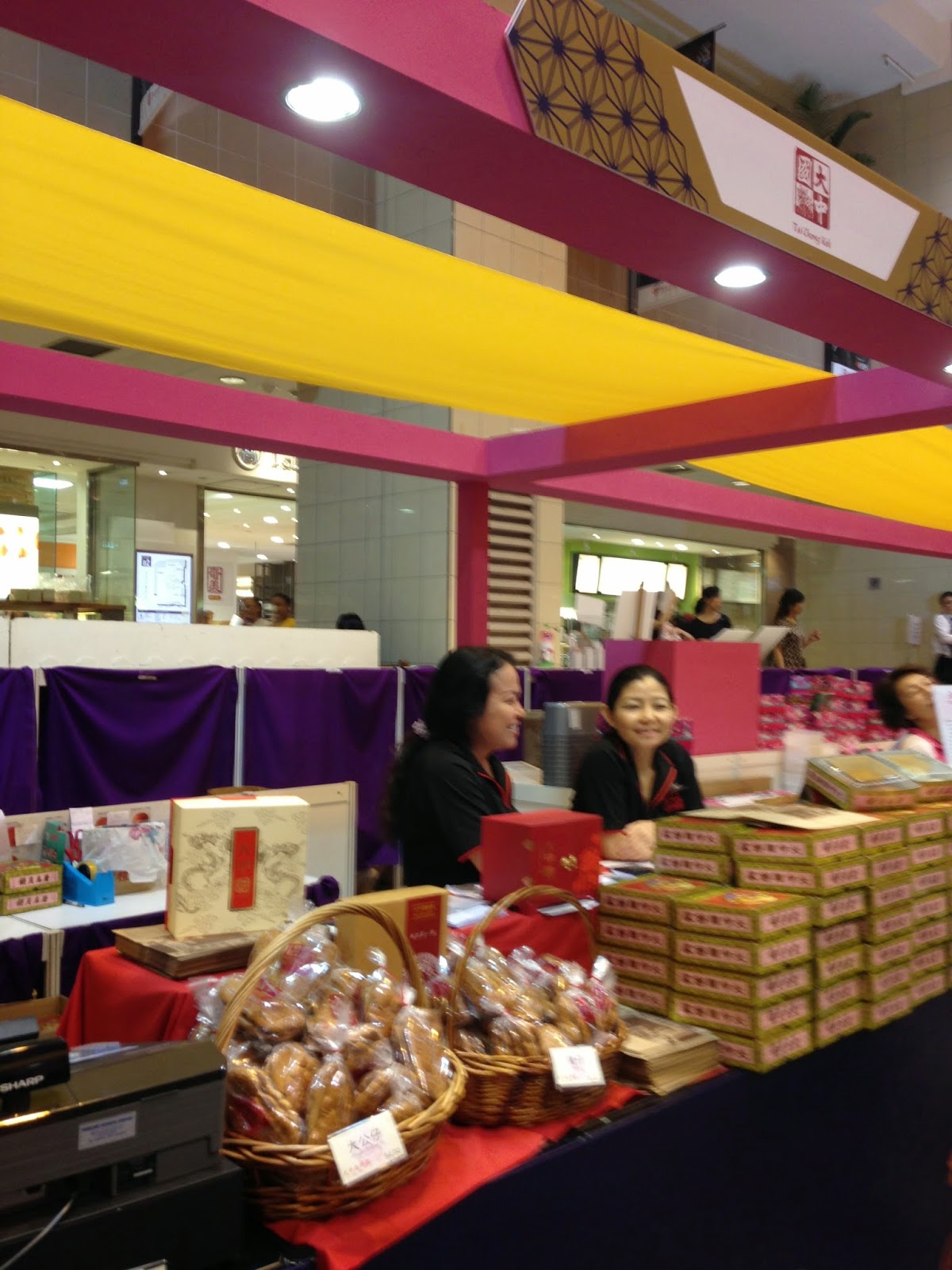 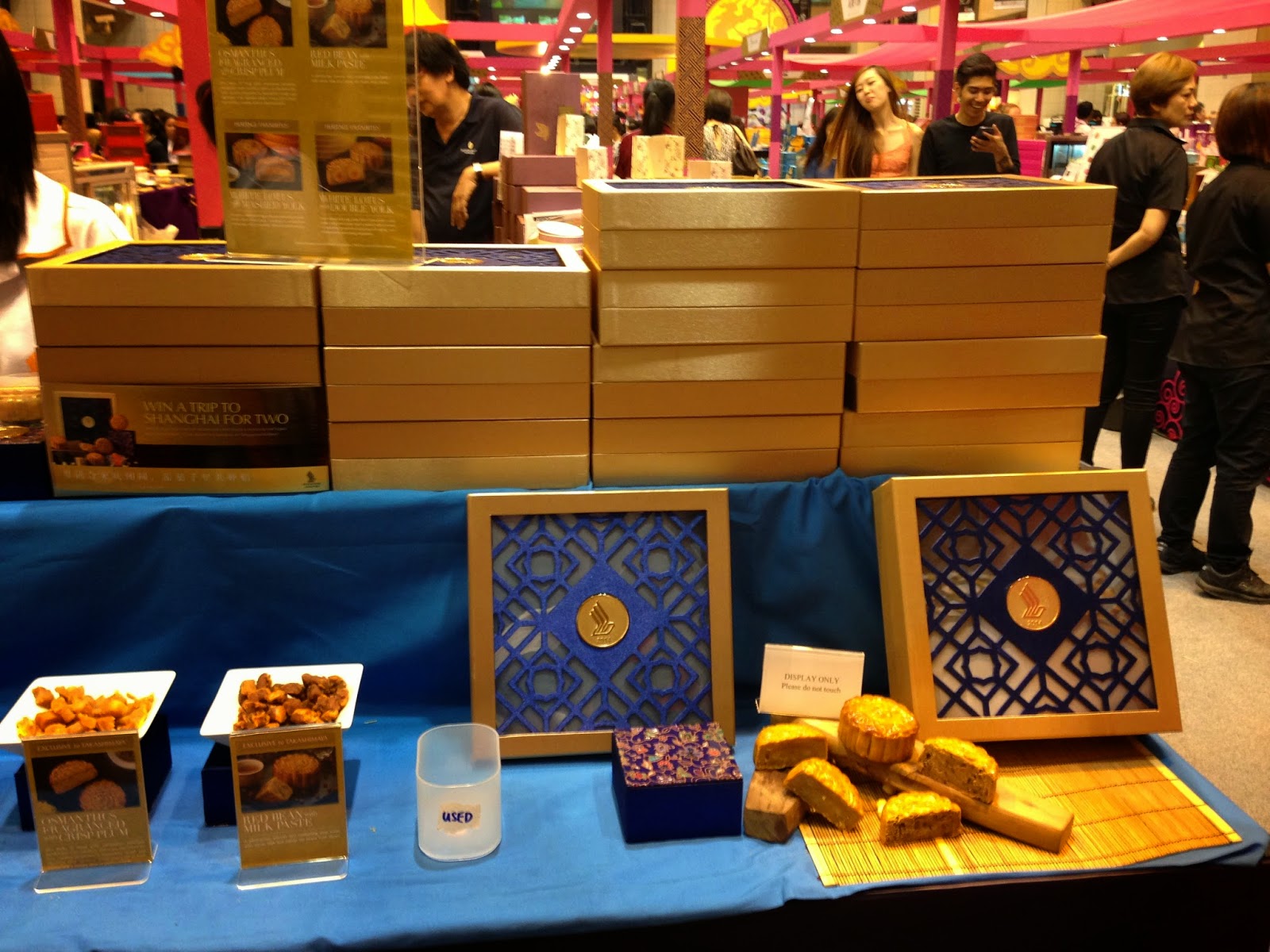