For years, my daughter had wanted to visit Amsterdam. We were cautioned by friends that parts of the city - particularly Dam Square - might be too seedy for innocent children.  But hey, who were they kidding considering where we live?  The women in the windows surely piqued our fascination and wonderment with "Why?".  But as a thirteen year old peering into the unfortunate life and living conditions of Anne Frank - who herself wrote her published journal on the cusp of teenhood - it felt like the right time for us to visit Amsterdam.

For me, Amsterdam came with the added fulfillment of tasting the Indonesian food that many claim is better if not just as good as that found in the archipelago.  Alas, we missed our flight and had to compress our itinerary.  But save for missing out on the oldest Indonesian restaurant called Sama Sebo, our remaining two days centered around nothing but Indonesian food and not much of a bite of anything Dutch. 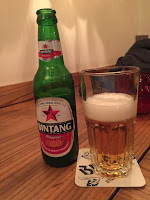 We tried Restaurant Blauw which was slightly out of the city center and nestled in a well-to-do (or so the driver told us) neighborhood.   Think a quieter Notting Hill.  The place was packed and even though we had a reservation and were on time, we had to wait a full 90 minutes.  As a tourist, I wanted to soak in the atmosphere with a Heineken but was suggested a Bintang beer.  The Dutch waitress explained that Bintang began in Indonesia with technology from Heineken.

We were greeted with a mini fete when the plethora of bowls arrived.  So this was rijsttafel.  Proudly, I explained to my kids that the Chinese New Year tok panjang originated from the concept of rijsttafel. The food was worth the wait.  Maybe we were hungry, not just then but after a long time of not having had good, spicy Asian food - the food of my childhood laced with the spices I grew up with.  This was not garam masala, bird's eye chili or kaffir leaves but the candlenuts, coriander, star anise, cumin, lengkuas, kunyit, assam and lemongrass, and long red chilis of my youth.  And it felt and tasted good.  When the Indonesian waitress came over with a complimentary bowl of keropok fish crackers, my kids' eyes lit up.  Yes, these were the crunchy munchies we would stock up when we went to Singapore to visit Kong Kong.  And the ones I would lug back from Asia Mart if I shopped in Chinatown. 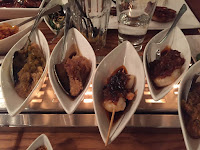 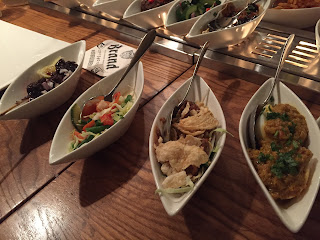 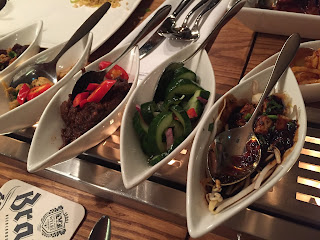 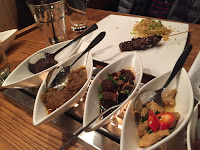 The next day, I wanted to try a fusion sample of how the Dutch would incorporate Indonesian cuisine into their local diet.  Hence, I ordered the Indonesian pancake filled with "chicken, onions, mushrooms and leek in an Indonesian peanut sauce, served on a bed of bean sprouts with crispy onions, prawn crackers and a green salad" at the Pancake Bakery.  I was not disappointed by the substantial meal, made all the more delicious with an accompanying beer.  (It was our second consecutive day there, not too far off from the Anne Frank House.  It seemed so bewildering that the Franks could hide in a place that seems so central, or perhaps, Prinsengracht now seems so much more central thanks to Anne Frank.). 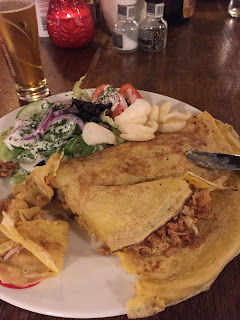 Our concierge, whose parents are actually from Indonesia and have some Dutch relations, reaffirmed that we had to dine at Blue Pepper.  The chef is considered a living legend and her cooking takes a different angle from the traditional style.  I was intrigued and wanted to taste what a contemporary version of rendang and soto ayam would be like.  The servings were presented clean and minimalist.  The service was excellent.  On her way out to a waiting cab, the chef Sonja Pereira, paused to greet us.  She simply reminded me of an elegant lady who exuded colonial nostalgia, a romantic representation of the descendants of a time when the Dutch once ruled the Indonesian islands. 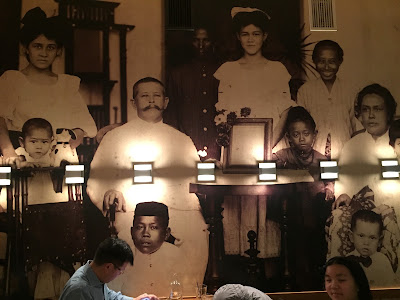